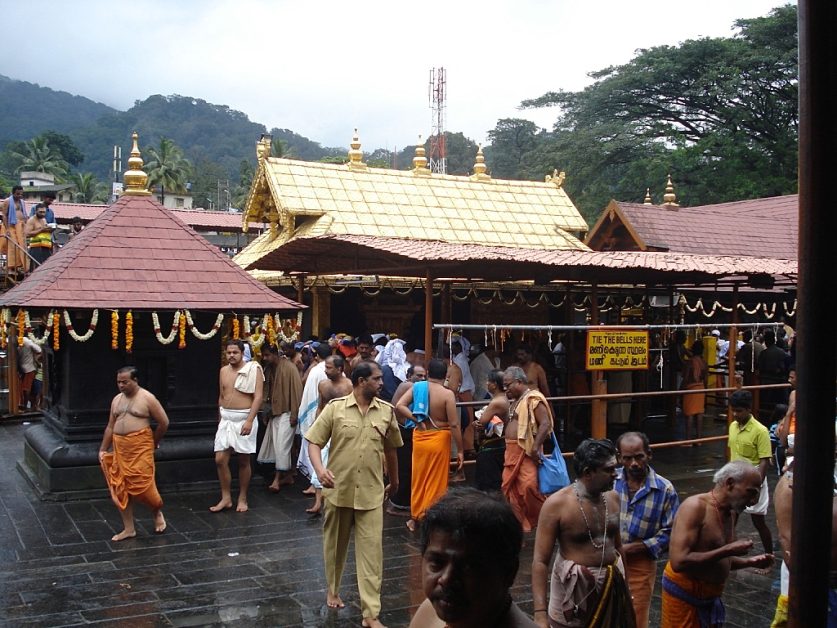 Kochi | Vijay Srinivas
The Sabarimala showdown is still making headlines and there seems to be no end for this as it’s the will of political parties to continue the status quo in the state of Kerala. The entire issue in Sabarimala is a conflict between tradition and women rights.

As per traditions and customs, the Agama Sastra of the temple, women of ages between 10 and 50 were not allowed to enter the temple. The scenario changed on September 28, 2018 when the Supreme Court ruled that the restriction of women from entry into the temple was unconstitutional. The five-judge constitution bench headed by Chief Justice Dipak Misra, in a 4-1 verdict, said banning the entry of women into the shrine is gender discrimination and the practice violates the rights of Hindu women. It said religion is a way of life basically to link life with divinity.

The court observed that it can’t be oblivious to the fact of the case that a class of women is disallowed due to physiological reasons (menstruation). The CJI said devotion cannot be subjected to discrimination and patriarchal notion cannot be allowed to trump equality in devotion. While Justices Dipak Misra, R F Nariman, D Y Chandrachud and A M Khanwilkar stood on the same page, it was Justice Indu Malhotra who gave a dissenting verdict.

Interestingly, the 4-1 verdict had the sole women on the bench as a dissenting voice on the issue and noted in her judgment, “issues which have deep religious connotation should not be tinkered with to maintain a secular atmosphere in the country.”

Since the verdict, the state has been witnessing massive protests complemented by support from the right-wing Bharatiya Janata Party (BJP), trying to create a base in the politically left-oriented space of Kerala. Sabarimala Shree Dharma Sastha temple is one of the most famous temples in India and it sees a massive number of pilgrims turning up every year, probably making it the 2nd largest after the Haj.

The Sabarimala temple is an old temple of Lord Ayyappa also known as Sastha or Dharmasastha, who is is worshipped as a ‘Naishtika Brahmachari’ or a celibate for life. The temple Devaswom board that manages the shrine had issued a notification that the women belonging to menstruating age are not permitted to enter the shrine. Those who have supported for the women entry bring in the legal aspect of it.

Preventing women from entering the places of worship goes against Articles 14, 15 and 25 of the Indian Constitution, which deal with the right to equality, the right against discrimination based on gender, freedom of movement and freedom of religion. From the abolition of Sati to the abolition of untouchability, reforms have always been legal. Those who oppose the entry bring in the element of celibacy of the Lord Ayyappa in the argument, many claim it is the celibate nature of the god that led to this practice and certainly not misogyny. Sabarimala temple was a different religion cult with its own rules and no denial.

The political parties have seized the opportunity to polarize the atmosphere for the sake of votes. The BJP which has been trying to place its footprint in the ‘liberal’ state is now in the forefront leading the protests, as the ruling Left struggles to implement the SC verdict, and the Congress stands somewhere in between perplexed over assuming a concrete stand on the issue. As far as Sabarimala showdown is concerned, beliefs and customs of devotees cannot be changed through a judicial process. The reforms should come from within the society. So long as that does not happen, we are likely to see religious issues being repeatedly taken to court.

(Disclaimer | The writer is a working journalist and the views expressed are his own and Ground Report is not responsible for the accuracy of the information cited.)