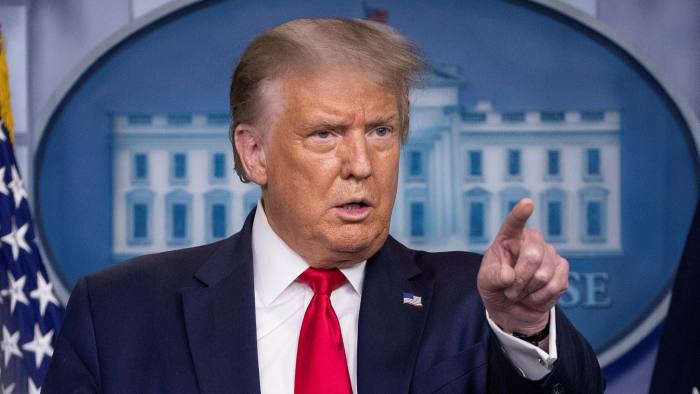 President Donald Trump has said that “if the legal votes are counted, I have won.” Addressing a press briefing at the White House, he made the claim at a time when many states are still counting votes.

President Trump reiterated his claim of voting fraud but did not provide evidence of his claim.

He said that if illegal votes were counted, they could “snatch elections from us”.

He said that postal ballot is a ‘corrupt’ system and it corrupts even a person who is not corrupt by nature.

President Trump said it was “surprising” how large the number of postal votes was unilateral.

Remember that Democrats are more likely to use the postal vote, in fact about 75% of the votes cast in favor of Biden. In contrast, President Trump in his campaign urged his supporters not to vote by mail.

President Trump added that “there has been a lot of litigation because this whole process is so unfair.”

It should be noted that his election team has filed legal petitions to stop the counting of votes in several Battle Ground states.

In a press briefing, he also accused Republican observers of keeping them out of the counting process.

Officials associated with Trump’s election campaign have reached the doors of courts seeking a re-election of votes in several states for presidential elections. A case is yet to be heard in a Philadelphia court in Pennsylvania.

Trump said that he is moving forward in Arizona. In Arizona, the count of 88 percent of the votes has been completed so far, here Biden is seen moving forward.

He said, “Our goal is to protect the sanctity of elections and we will not allow any fraud to happen in such an important election due to corruption.”

Trump said, “I think we cannot compromise on the sanctity of the elections. We may have to go through the legal process for the results of the election. I hope that the results will come soon. The judges will have to take a decision in this matter.” “

He said the Republican Party has emerged as a party of American working people, while accusing the Democratic Party of backing major technology and media companies.

“Both he and Biden can claim to have won the states, but I think the judges will have to decide in the end,” he concluded.

After the briefing, he left the room without answering any questions.