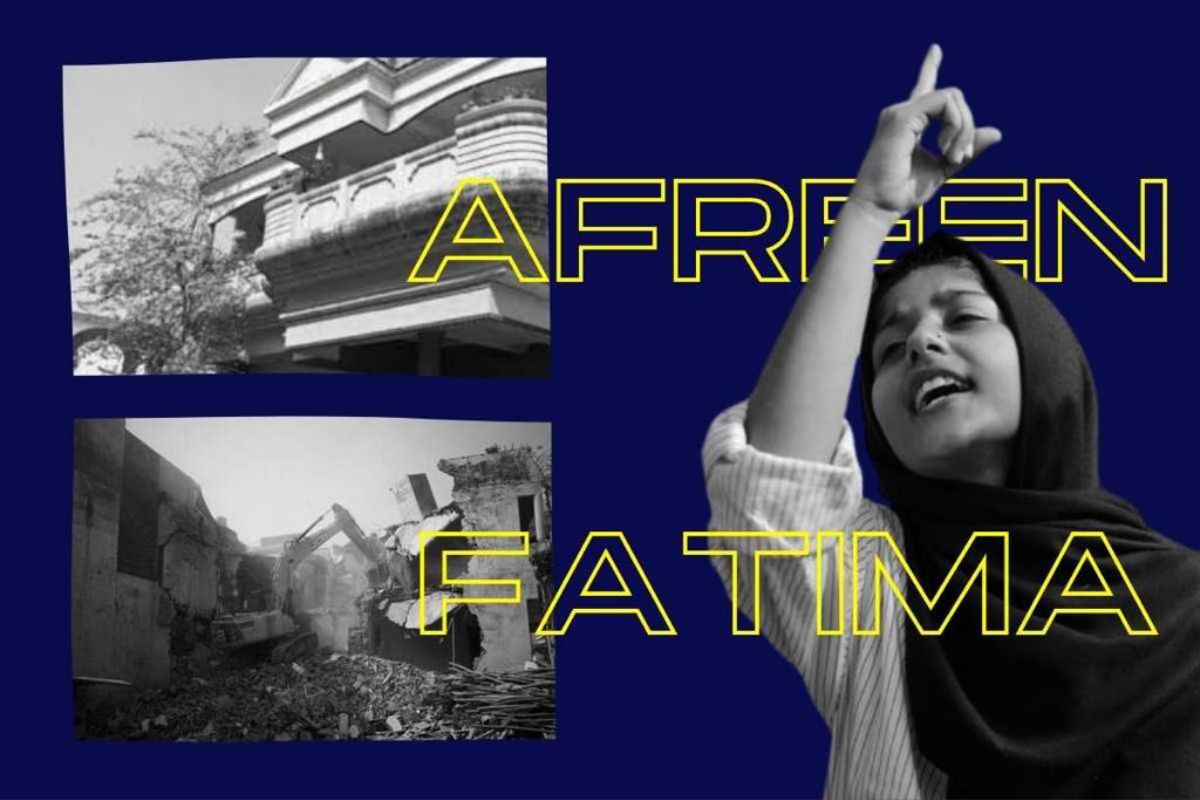 The alleged flaws in the demolition of the house of Javed Mohammad, who is said to be the main accused of violence in Uttar Pradesh’s Prayagraj. On February 8, a receipt issued by the Prayagraj Water Department shows that Parveen Fatima had paid the water bill of Rs 4,578, The Indian Express reported.

According to a certificate issued by the Prayagraj Municipal Corporation on January 28, the house number: 39C/2A/1 is in the name of Parveen Fatima and during 2020-2021, the house tax of this house was also paid.

Despite this, on Sunday, the Prayagraj administration demolished this house with only one day’s notice. The Prayagraj Development Authority (PDA) claims that this house was built in violation of the rules of the Uttar Pradesh Urban Planning and Development Act of 1973.

In the notice given by the Prayagraj authority, Parveen Fatima’s name was not there, but her husband Mohammad Javed was named. Mohammad Javed was arrested on Saturday after being accused of violence after Friday prayers in Prayagraj in protest over controversial comments about the Prophet Muhammad.

Speaking to The Indian Express, Sumaiya Fatima, Javed and Fatima’s youngest daughter, says: “The PDA issued a notice to my father and demolished my mother’s house. That house belonged to my mother’s father, Parveen Fatima, Kalimuddin Siddiqui. It was a gift. given to my mother 20 years ago. Initially, we built the ground floor and then we prepared two more floors.”

Sumaiya, 19, says: “From that time until now, no government agency has told us that it was built illegally. The house tax, water bill and electric connection are in my mother’s name. All the time No official told us before Sunday that our house was built illegally.

The notice posted on the front door of the house reads: “25 X 60-foot construction on the ground floor and the first floor was done without approval.”

On Sunday, Javed’s family lawyer KK Roy told The Indian Express: “The house that was demolished on Sunday is in the name of Parveen Fatima, wife of Mohammad Javed. On Saturday, a notice was served to Mohammad Javed. According to Islamic law, the name of the wife is The property does not belong to the husband.”

Also Read:  Who is Dutch MP Geert Wilders, Why he came in support of Nupur Sharma?

A senior PDA official, who did not want to be identified, said: “After getting information from the local population, we sent a notice to the person who did the construction on the land. We don’t care who owns the land.” ” It is.”

When asked about Javed Mohammad’s house, the officer told the newspaper: “A stone plaque on the wall marking the house had ‘Javed M’ written on it. Local people told us that this house belonged to Mohammad Javed. and that it was their property.” Accordingly, we had issued them a notice.”

Sumaiya told the newspaper that after the house collapsed, she now lives with her mother in Roshan Bagh with a relative.

Sumaiya said: “On Sunday when the PDA team arrived to demolish the house, only my sister-in-law Zeenat Masroor was present there. With the help of some relatives, they took out some items from the house. After this, the bulldozers were fired on. all”.

Masroor, the wife of Sumaiya’s older brother, has now gone to her parent’s house along with her two young children. Sumaiya’s older sister, Afreen Fatima, is a JNU alumnus and activist.

According to Sumaiya, her father has been “framed” by the police and a “false” claim is being made that weapons and other items have been recovered from the house. The police have dismissed these accusations.

ALSO READ: Who is activist Afreen Fatima, Why Govt. demolished her house?