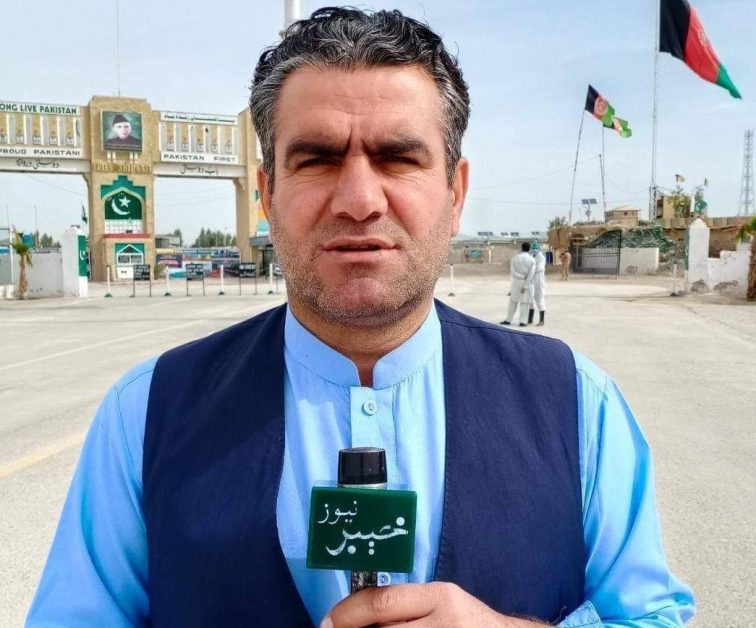 Ground Report | New Delhi: Pakistani journalist in Taliban custody; The Afghan Taliban have detained a Chaman correspondent and his cameraman for the Pashto-language TV channel Khyber News in Pakistan and transferred them to an unknown location upon entering Spin Boldak, The Independent Urdu reported.

Chaman Press Club vice-president Nematullah Sarhadi said that Matin Khan and his cameraman Muhammad Ali had gone to Kandahar three days ago and were arrested by the Taliban yesterday.

Nematullah said he spoke to Matin Khan yesterday, in which he said the Taliban had arrested him in Kandahar from the Aino Mena area. “The Taliban told Matin that they would meet him with their elders and then let him go,” he said. However, according to Nemat: “When contacted this morning, Matin said the Taliban had refused to release him.”

Matin was arrested by the Taliban for covering Kandahar, Nemat said. In this regard, we tried to contact the Taliban leadership, but they are refusing to respond.

The Taliban Information Office said a Pakistani journalist was detained because he was recording footage with permission from the local administration. The statement further said that inquiries from Khyber News Journal are on.

According to news reports, on 15 August, the day the Taliban entered Kabul, members of the group arrived at the station on Radio Television Afghanistan and a male Taliban official replaced Khadija Amin.

Taliban militants have raided the homes of at least four media persons since taking power in the country earlier this week,CPJ report.

Earlier, Taliban spokesman Zabihullah Mujahid said in his first press conference that the group bears no enmity with anyone and would support an independent media in the country under Islamic law.