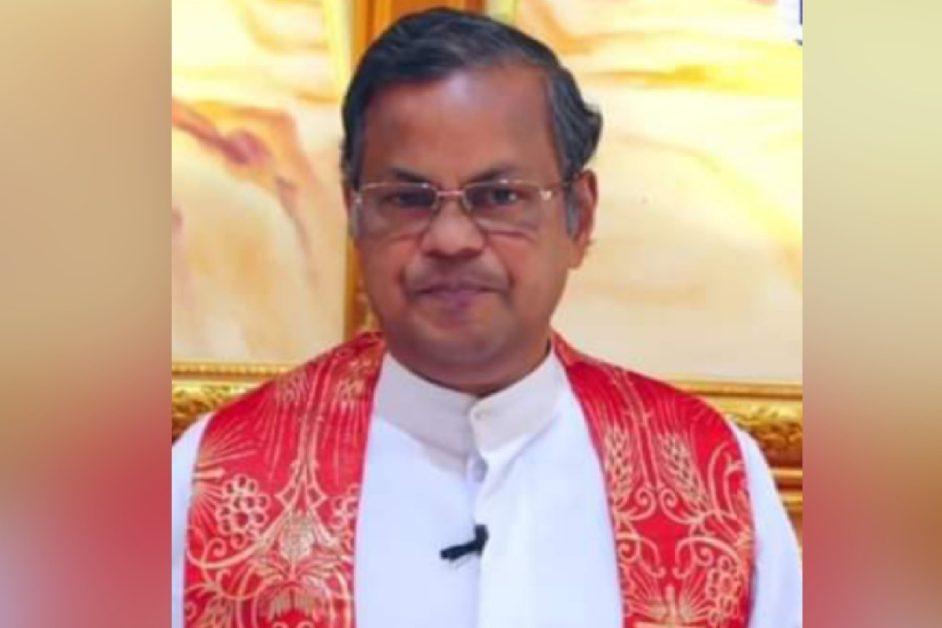 Ground Report | New Delhi: P George Ponniah; The court was considering a petition by Catholic priest George Ponniah, seeking quashing of criminal proceedings against him in a defamatory speech case.

Ponniah had made a provocative speech at an event organized to pay tribute to late Stan Swamy, an accused of UAPA – allegedly hurting the sentiments of Hindus by portraying Bharat Mata and Bhuma Devi as dirty and causes of infection.

In a video of the speech shared online by several people, Ponnaiah purportedly mocked a state minister for refusing to allow worship centers to function during the pandemic. Ponnaiah, shown in the video, reminded the minister in his speech, “If you win, this is the alms that we Christians and Muslims have given you. You didn’t win because of your talent”.

Partially quashing an FIR registered against a Catholic priest who was arrested last July for allegedly making an abusive speech, the Madras High Court on Friday ruled that “Bharat Mata”, “Bhuma Devi” His remarks against attracts offense of hurting religious sentiments under section 295A of IPC, among others. The court dismissed four of the seven charges against P George Ponniah.

While advocating the decision of a person to convert from one religion to another, the judge said, “Religious conversion cannot be a group agenda.” The judge made the remarks while hearing a plea by Ponnaiah, against whom the police had registered a case for calling Bhumi Devi and Bharat Mata the sources of infection and filth.

Justice Swaminathan acquitted the priest of certain charges; i.e. Sections 143, 269 and 506(1) of the IPC and Section 3 of the Epidemic Diseases Act, 1897, which states that the meeting cannot be called an ‘unlawful assembly and that none of the participants has tested positive for COVID-19. However, the charges under Sections 153A, 295A, and 505(2) of the IPC are prima facie appealing as the speech of the priest had actually hurt the religious sentiments of a section of Hindus and may promote hatred, the enmity between religious groups.

The judge said that the petitioner cannot insult or insult the religion or religious beliefs of others. “There was no need or need for a terror attack on the religious beliefs of Hindus. It was unfair and completely unrelated to the occasion. That’s what makes it intentional and malicious. The petitioner made fun of those walking barefoot in honor of Mother Earth (Bhoomi Devi). He said that Christians wear shoes so that they do not itch. He portrayed Bhuma Devi and Bharat Mata as the source of infection and filth,” the judge said.

The court said that India was partitioned on the basis of religion and lakhs of people died in the riots that followed. “That is why our founding fathers consciously adopted secularism as the guiding principle of the new republic. There is something really fascinating about the idea of ​​India propounded by them. Equality, liberty, fraternity, and egalitarianism were the real promises to be fulfilled. Freedom of conscience and the right to freely profess and propagate one’s religion were made fundamental rights.”