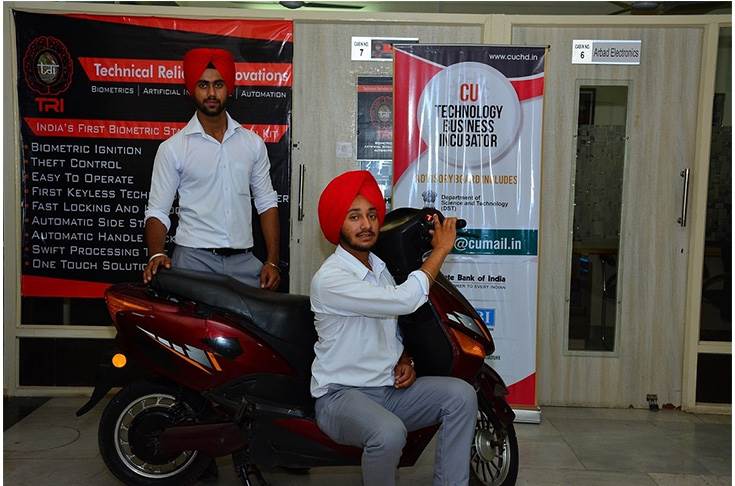 According to the report of news agency ANI, both the students have designed a biometric fingerprint two-wheeler security kit that can be installed on any two-wheeler bike or scooter which will be directly connected to the ignition point of the vehicle.

The two-wheeler can be unlocked only when the owner swipes his finger on the biometric machine mounted on the handle of the vehicle while the engine remains stationary. The sensor will match the fingerprint with the pattern already stored and allow the engine to ignite only if the fingerprint matches.

“I used to read a lot of news about two-wheelers being stolen from public places and even from homes at night. While surfing the internet, I came across a biometric security technology, which is used in high-end western countries. was being done in cars but there was no security system for two-wheelers,” said Khuswinder Pal Singh, who is studying in his third year.

According to one of the designers of this solution and a third-year student, Khuswinder Pal Singh, “I used to read a lot of news about theft of two-wheelers in public places and even in houses at night. While surfing the Internet, I found a technology biometric security system that was used in high-end cars in Western countries, but there was no security system for two-wheelers.

Vikramjit added that “initially the cost of the prototype turned out to be Rs 22,000, which we thought was higher, but after further investigation, we managed to reduce the cost of the security kit to Rs 4,000.”