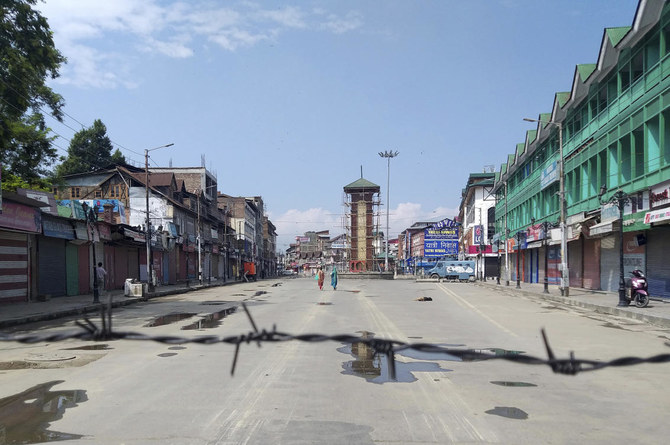 The Union Home Ministry has repealed the old 11 laws of Jammu and Kashmir on Tuesday. Along with this, any Indian can buy land here except agricultural land without domicile.

After repealing Article 370 on August 5 last year, this order from the Ministry of Home Affairs is considered very important.

The political parties of Kashmir reacted strongly to this notification and said that it is like putting ‘Kashmir on SALE’.

Jammu and Kashmir LG Manoj Sinha in his response to this notification in Srinagar said that agricultural land has been reserved for farmers and no one will interfere in it.

Earlier in September 2020, the Jammu and Kashmir administration amended the Grant of Domicile Certificate (Procedure) Rules, 2020.

“In exercise of the powers conferred by Article 309 of the Constitution of India, read with Section 15 of the Jammu and Kashmir Civil Services (Decentralisation and Recruitment) Act, 2010, the administration hereby makes the following amendment in the Jammu and Kashmir Grant of Domicile Certificate (Procedure) Rules, 2020,” read an official notification.

These provisions are applicable to the land recorded as agricultural land including village abadideh, by whatever name called, in the revenue records being used for agriculture purposes or for purposes subservient to agriculture or for pasture or being used for residential purposes in rural areas.

The law defines agriculturists as the persons cultivating land personally in the Union territory of Jammu and Kashmir as on such date as may be notified by the government.

It also empowers the government to define agriculturists, as it states that agriculturist means such category persons as may be notified by government from time to time.

Before the removal of Article 370 last year, no one, except the permanent residents of Jammu and Kashmir, could buy land here.

Recently, the Government of India had said that only Domicile certificate holders or permanent residents here can buy land or property in these union territories.

The notification has received strong reactions from political circles in Jammu and Kashmir.

Apart from this, Omar Abdullah next tweeted that there is a confusion about whether this law will only apply to Jammu and Kashmir or Ladakh.

Jammu and Kashmir his party chief Syed Mohammad Altaf Bukhari has reiterated his party’s stance, reiterating the state’s former status as well as the demand for occupant rights for its residents on the land and jobs here.

Bukhari said, “The party will express its objections to the top leadership of the country after reading in detail the gazette notification issued from the central government.

He said, “From the very first day, our party’s stance on these important issues is very clear. People should understand that the long-standing guarantee given to us in the Constitution was withdrawn and all that was left was Article 370 on 5 August 2019 And we were snatched away with the repeal of 35-A. His party will continue its fight for the rights of the people and will continue to oppose any move against the interests of the people of Jammu and Kashmir. “

Bukhari is considered to be close to the top leadership of the BJP, the ruling party at the Center.