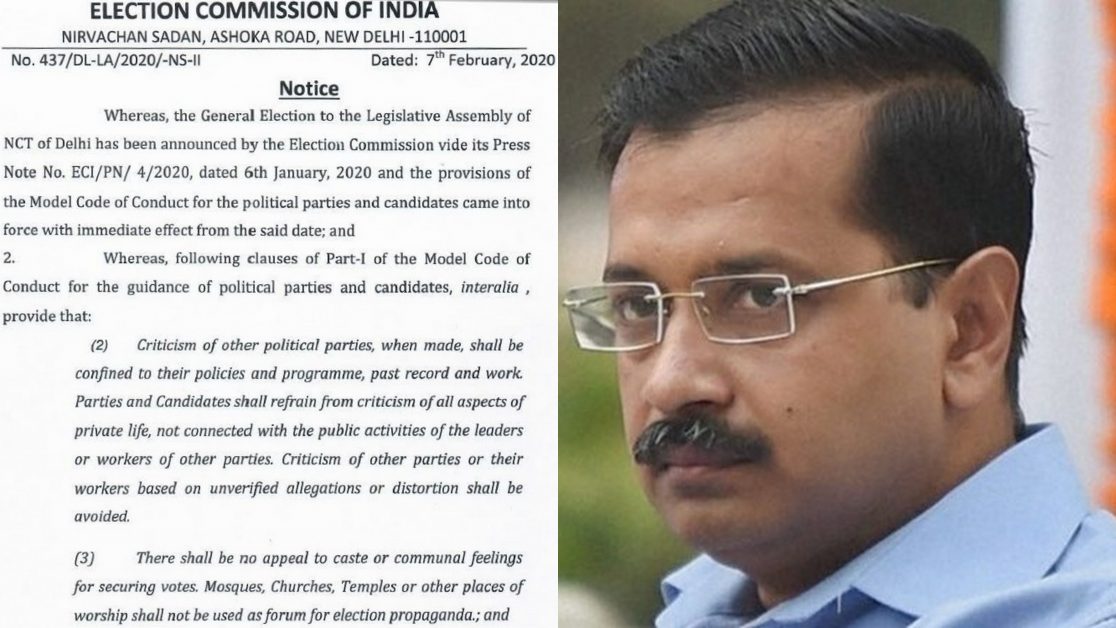 News Desk, Ground Report | A day before the assembly polls in Delhi, Election Commission on Friday issued a notice to Delhi Chief Minister Arvind Kejriwal for posting a video in the run-up of the polls. The poll body said that Kejriwal violated the Model Code of Conduct (MCC) through the video that has the potential to disturb communal harmony. The EC has given him till 5 pm on Saturday to respond to the notice, failing which action will be taken against him.

The EC in its notice said that the video posted by him on his official twitter account was a violation of the Model Code of Conduct (MCC). The poll body’s action came after a complaint filed by the BJP, the BJP accused Arvind Kejriwal of tweeting a video “with the intention of gaining votes by aggravating existing differences/creating mutual hatred/causing tension between religious communities in violation of the Mode Code of Conduct”. The election body has also asked Kejriwal to respond to the notice by 5 pm tomorrow.

The video was posted on February 2. As per the transcript of the video, comments like Hindu-Musalman and Mandir-Masjid were there. And Kejriwal himself is talking about the health, education and other services for Delhiites in his election campaign.

Voting in Delhi is scheduled to take place on Saturday, tomorrow from 8 am till 6 pm with the results to be declared on February 11. There are 672 candidates in fray for 70 assembly seats.