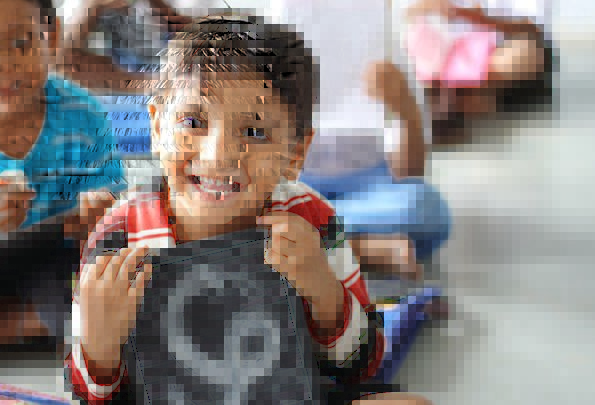 The children (students) are the most precious and invaluable assets that the mankind is bestowed with. “Therefore, the health, safety and security of students should be of utmost priority and concern viz-a-viz safeguarding their academic interests.

Former chairperson of erstwhile J&K State Women’s Commission (SWC), Vasundhara Pathak Masoodi Tuesday shot a letter to Lt Governor of Jammu and Kashmir requesting him to withdraw the orders of reopening of schools stating that the plans to re-open schools in times of pandemic is “highly unwanted, unwarranted and completely arbitrary in nature.”

“Our children (students) are the most precious and invaluable assets that the mankind is bestowed with,” Masoodi stated in the letter addressed to Lt Governor of Jammu and Kashmir, KNO reported.

The letter reads: “I may draw your kind attention to the circular issued by the School Education Department. Government of Jammu and Kashmir, Civil Secretariat, Srinagar vide No Edu/Acctts/Misc/2C 20/ 11 dated 01 06 2020 the said circular inter- alia asserts that the J&K Government Intends to re-open the schools in mid of June 2020.”

It states that according to the Ministry of Home Affairs (MHA) guidelines the State Governments/UT administrations have been advised to hold consultations at the institution level with parents and other ‘stakeholders’ based on the feedback a decision on the re-opening of these institutions will be taken in the month of July Ministry of Health and Family Welfare (MoHFW) oil prepare SOPs for these institutions.

“A bare perusal of the guidelines elucidate and makes it abundantly clear that the Union Ministry of Home Affairs has not allowed the opening of schools before 30-06-2020.

The guidelines further emphasize that the decision with regards to the opening of schools would be taken in the month of July based on the feedback obtained after consulting parents and other stake holders at the institutional level,” the letter reads.

It reads that therefore, the impugned circular by the Education Department with regards to opening of schools in the Union Territory of Jammu and Kashmir by mid-June is in abject contravention and violation of the guidelines that were issued by the Union Ministry of Home Affairs.

“In exercise of the powers under section 6(2) (1) of National Disaster Act The said circular is also highly unwanted and unwarranted on account of being completely arbitrary in nature for the sad circular has been issued without consulting the parents/the stake holders and in absence of any SOPs by (MoHFW) which is the ‘condition sine qua non for arriving at such a decision as mandated by the above referred guidelines,” the letter reads further.

It states that the children (students) are the most precious and invaluable assets that the mankind is bestowed with. “Therefore, the health, safety and security of students should be of utmost priority and concern viz-a-viz safeguarding their academic interests.

The academic interests could be safeguarded through different mediums but in view of incessant and unarresting spike of Covid 19 cases in Jammu and Kashmir, any decision to open the schools at this juncture without any tangible safeguards and gauging a satisfactory decline in the deadly pandemic could lead us to irreversible/colossal loss and ad infinitum regret that could not be quantified or compensated by any means whatsoever”.

The former head of SWC states that she has been approached by many parents across the UT of Jammu and Kashmir who have shared their fear and unwillingness to let their wards attend the school until the threat of this deadly pandemic Covid 19 gets over.

“They are apprehensive that the children may not be able to strictly adhere to the social distancing norms,” letter reads, adding that “In view of above, I may request your Excellency to order an immediate withdrawal of the impugned circular issued by the Education Department, so that the parents and students across Jammu and Kashmir may heave a sigh of relief”