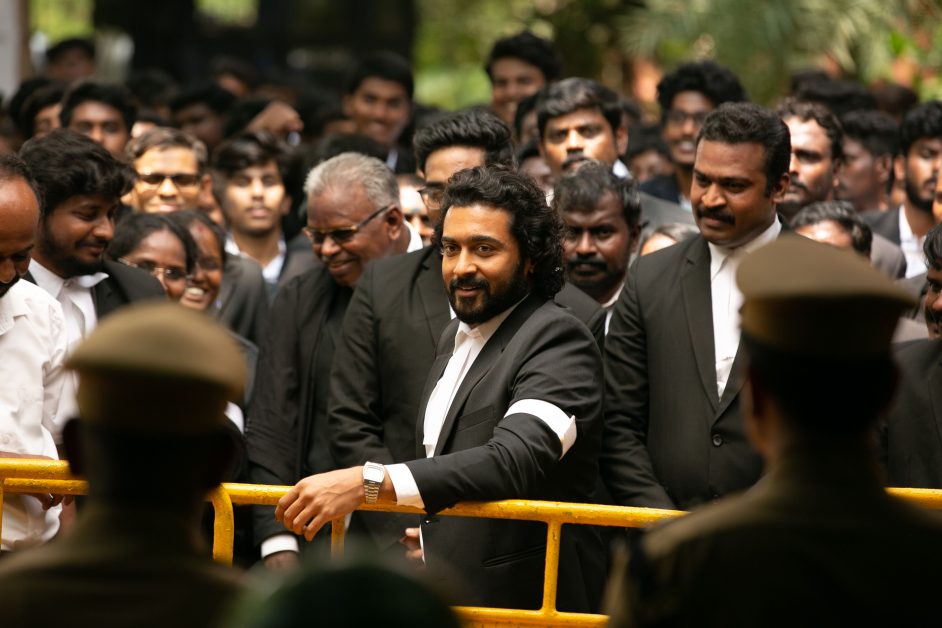 The film has been titled Jai Bhim, which is the slogan used by followers of Ambedkarism. The poster reveals that Suriya is playing a lawyer who fights for the rights of tribal communities.

Jai Bhim is going to be socially conscious and politically relevant. The film is written and directed by journalist-turned-filmmaker TJ Gnanavel of Kootathil Oruthan fame. It also boasts of an impressive supporting cast, including Rajisha Vijayan and Prakash Raj. In addition to acting in it, Suriya has also bankrolled the film under his production banner 2D Entertainment.

The film tells the true story of 1993. Surya plays the role of Chandru, who fought for the justice of tribal women of that period.