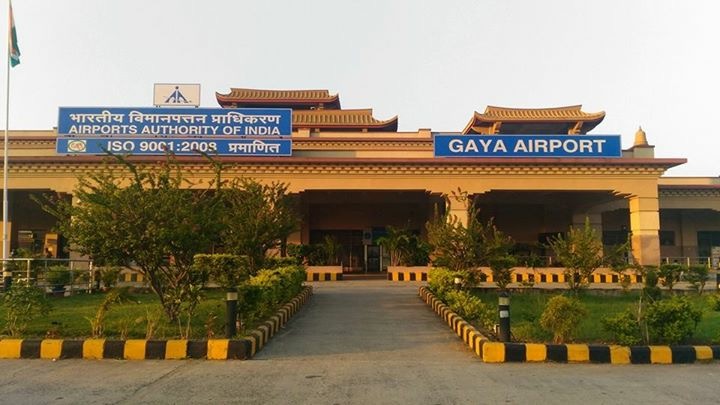 ‘GAY’ code for Gaya: Homosexuality may have been recognized by the Supreme Court in the country, but in a country like India, words like gay, lesbian, trans seem to embarrass people. These words, which identify a particular class, are still abusive to some people.

It is a matter of the Parliamentary Committee which has a problem with the airport code of Buddha shrine Gaya being ‘GAY’. This panel has demanded from the government in Parliament that it should be changed because Gaya is a religious place. Its code name being GAY is offensive and embarrassing. However, the ITA, which assigns a three-letter code to all airports, says it cannot be changed unless a valid reason is given.

The ‘GAY’ code For Gaya: What is the whole Matter?

The Committee on Public Undertakings, in its first report tabled in Parliament in January 2021, had recommended changing the code of Gaya airport from ‘GAY’ and also suggested an alternate code name like ‘YAG’. The International Air Transport Association (IATA) assigns the code for airports. The committee said the code name appeared inappropriate, unsuitable, offensive, and embarrassing considering that Gaya is a holy city. In an action taken report tabled in Parliament on Friday, the panel mentioned the issue and has asked the government to “make all effort to take up the matter with the IATA and concerned organization as the issue involves inappropriate code naming of an airport of a holy city of our country.”

The panel had also recommended that the government and Air India complete all the requisite consultations and formalities in a time-bound manner to change the code name of Gaya airport.

How IATA assign codes to Airports?

IATA code assigned to the airport by IATA consists of 3 letters and created through the airport and city names. Codes are mostly generated with the letters chosen from a city’s name. 2-character codes of airports are given in 1930 for the first time. Then three-character codes started to be used.

IATA Codes are an integral part of the travel industry and are essential for the identification of an airline, its destinations, and its traffic documents. They are also fundamental to the smooth running of hundreds of electronic applications which have been built around these coding systems for passenger and cargo traffic purposes.

It is a matter of Mentality

People’s opposition to some things shows their mentality. This issue is not only about name, it is about thinking, it is about adopting and respecting homosexual people easily. A war is being fought for gay rights all over the world, advocacy is being made for normalizing life for a section of the society. Various laws and awareness are being spread for the society to be seen from their general point of view.

But in India, except for the decision of the Supreme Court, there does not appear to be any such effort on the part of the government. On the contrary, there appears to be a lot of effort to make it disgusting and awkward. Although this is the thinking of the Parliamentary Panel, but there should be a reply from the Government that the panel should correct its view in this matter.