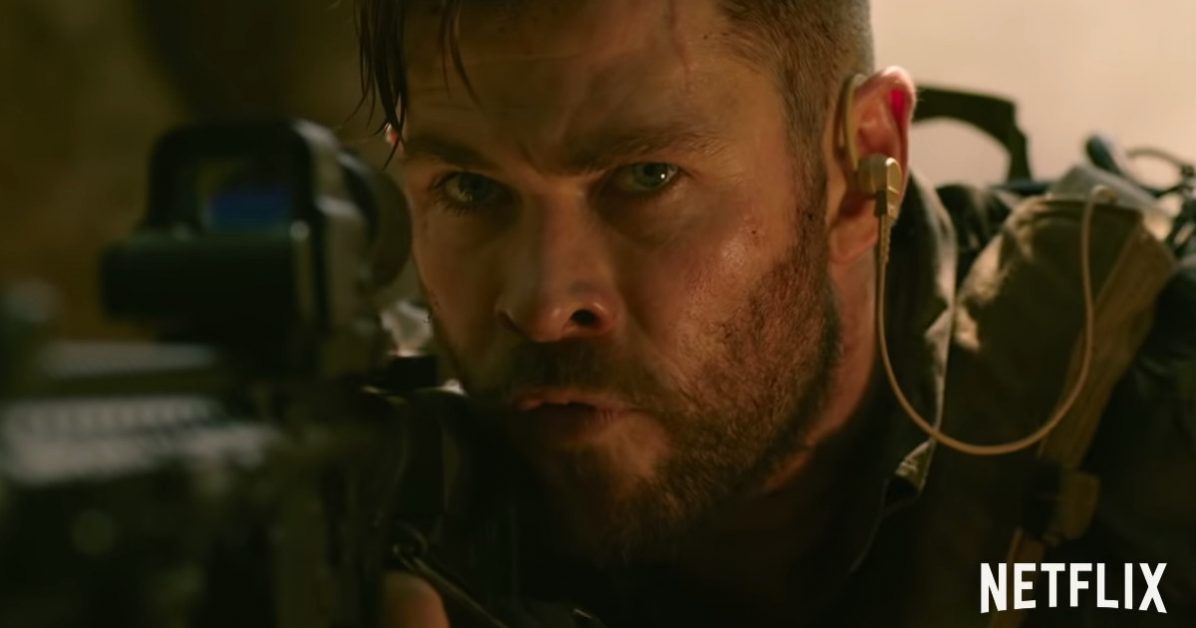 Extraction, one of the most anticipated action flicks dropped on Netflix on April 24. Based on the comics Ciudad co-written by Joe Russo, Extraction is a treat to action-buffs.

Sam Hargrave, known for his association with Russo brothers in the Marvel Cinematic Universe makes his directorial debut with the action-packed thriller. The lead protagonist Tyler Rake played by Chris Hemsworth makes it worth-watching with high-voltage action sequences. Hemsworth, one of the co-producers of the movie along with Russo brothers has mounted the budget on a large scale in order to execute breathtaking action. Newton Thomas Sigel hits the bull’s eye with his cinematography especially in capturing the chase sequences, hand to hand combat, gunshots and, grenade explosions.

Golshifteh Farahani, best remembered for her Iranian character in Leonardo Dicaprio-Russel Crowe starrer Body of Lies does justice to her character as Mercenary Nik Khan. Rudraksh Jaiswal as teenager Ovi Mahajan convincingly depicts the trauma of a teenager with artistic finesse. Among the Indian cast, everyone plays their part with utmost sincerity to the script.

Randeep Hooda gets to play a much meatier role than his Bollywood stints as the mysterious, conniving yet sensitive Saju. Pankaj Tripathi in a special appearance is as impactful as any of his earlier played roles. However, it’s Priyanshu Painyulli as Bangladeshi crime lord Amir Asif who gives a breakthrough performance as the cold-blooded gangster.

Post Bhavesh Joshi Superhero, this one could be the most significant character in Painyulli’s career. David Harbour, well known for films like Quantum of Solace and the Netflix series Stranger Things in a minor grey character gives a noteworthy performance. Neha Mahajan as Hooda’s on-screen wife and other supporting cast embraces their characters in line with scriptwriter and director’s vision.

As is the case with most action films, Extraction has a rather predictable script. In spite of magnificent performances and high-octane action scenes, there’s nothing unique about the screenplay as such. Although the emotions and dialogues do give a glimpse of the humane aspect in an action movie. But overall the story has nothing new to offer to the audience. One of the best one-liners in the film by Rudraksh Jaiswal is the heart of the film, “You die not by falling into the river, but by staying submerged in it”.

Music by Henry Jackman and Alex Belcher goes well with the dark and gritty tone of the film. Peter B Ellis, Ace, and Ruthie Aslan have done incredible work as editors in making the movie compact and engaging. VFX supervisor Mark Owen Folker has done a decent job although in a few explosion scenes minor CGI errors could be identified only by visual effects experts. Costume designer Bojana Nikitovic paves way for realism in the film by ensuring subtle nuances and detailing with regard to the costumes designed for actors.

Hargrave gives the thrills of Marvel movies in this fast-paced action thriller. The filmmaker shows promise in his debut as far as directing action films is concerned. If you’re an action-lover this one’s meant for you. In case you’re looking for out of the box hard-hitting stuff, then you would be disappointed.

Watch it for the edge of the seat popcorn entertainment during the quarantine. Netflix India has categorized the 1 hour, 57 minutes action-flick under 18+ category.