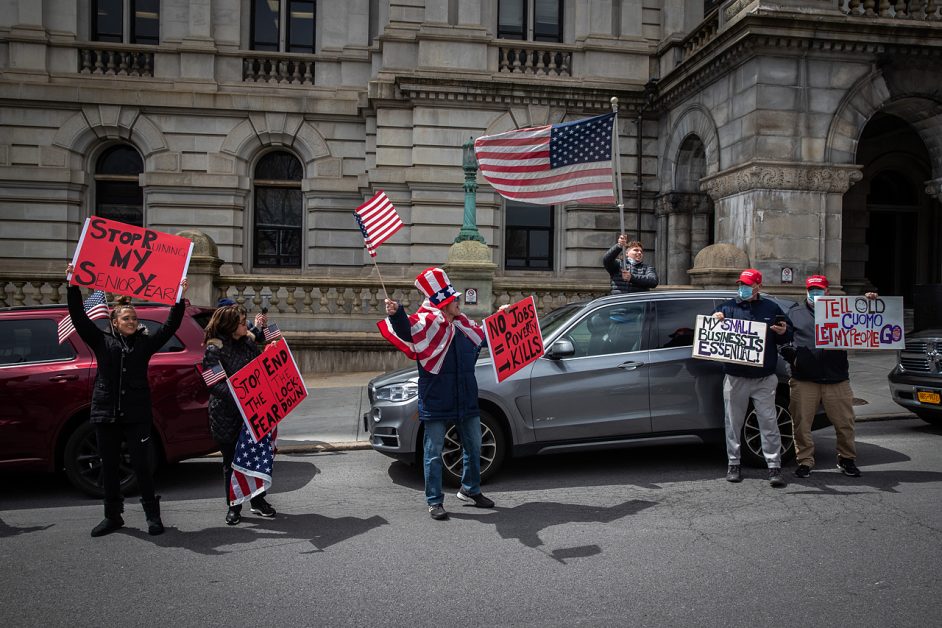 The coronavirus pandemic continues to wreak havoc as the world struggles to contain the deadly virus. With countries across the planet resorting to lockdown and strict restrictions,  concerns are now being raised over how the post-pandemic world would appear once the virus is subdued.

There shouldn’t be any doubt over the effect that this unprecedented crisis, which killed over 1,96,000 people globally, can have on the world economy. There could be a paradigm shift at economic, political, and strategic levels amid a rise in nationalistic sentiments, China’s ascendance, cracks within the European Union, and the crumbling globalisation.

Pandemic has hit the already sluggish global economy with the IMF warning of a ‘severe recession’ in 2020. In financial parlance, a recession is defined as the contraction of the economy in two consecutive quarters where one quarter is already down in terms of output. “This is the worst recession since the great depression” as pointed out by IMF Chief Economist Gita Gopinath paints an alarming picture. The Long Depression of the 1880s and the Great Depression of the 1930s led to both the world wars, rising extremist ideologies, and an unchecked arms race. Similar scenes may not be repeated but these lessons seem to be highly relevant.

Survival of the fittest

The situation is even grimmer in Europe as Covid-19 may ramshackle the European Union. The tussle between leaders of European countries while negotiating the economic rescue plan had shown clearly that there are cracks within the union. European Central Bank President Christiane Lagarde had already said that the bloc’s GDP may fall up to 15 per cent due to coronavirus. This is not the first time Europe is facing a major financial crisis. Eurozone crisis which came as a surrogate of the 2008 financial crisis had caused a rift between the continent’s Southern and Northern parts.

For people in corporate firms — the one with lucrative jobs, the lockdown is just an inconvenience. People got used to the idea of work from home and thanks to technology for making this happen. The problem lies for those engaged in retail, hospitality, and other small businesses that rely on daily earnings with thin margins. It’s even worse for blue-collared labourers who work putting their lives at risk during the pandemic.

Also Read:  Why is North Korea not vaccinating its people?

The optimistic side of coronavirus is that it has helped in exposing the true characters of world leaders. The Chancellor of Germany Angela Merkel and New Zealand Prime Minister Jacinda Ardern emerge top class in handling the pandemic. Germany had extra ICU beds to handle patients from France and Italy and Ardern was praised not just for flattening the curve but for crushing it. Donald Trump for his part stayed true to his track record by trashing Covid-19, blaming Barack Obama, lambasting WHO, stealing credits, and terming the coronavirus as ‘Chinese virus’ which is nothing but pure bigotry. Brazil’s Bolsonaro had initially rejected Covid-19 as a fantasy. Mexican President Andres Manuel Lopez Obrador said, “We got to hug and nothing will happen.” UK PM Boris Johnson who asked people to return to their jobs, said “one should face the virus like a man” and later got hospitalised is well known.

Business, as usual, is a distant dream

It would be outlandish to say that everything would become completely different from how they were earlier as soon as pandemic ends. But it would be even more foolish to think everything would remain the same as it was. There will be changes in the dynamics of our lives. Many may lose their jobs and there can only be a slim chance for raise in salaries for at least a year. The post-pandemic world may throw more challenges for departmental stores and retailers who were already struggling to cope up with this world of instant gratification where people expect their needs to be fulfilled at the click of a mouse. Companies may think thrice to continue with global travels that would become expensive as the airline industry burdens under increasing virus impact. “Work from home” being a possibility, there could be a diversion of funds to maintain office spaces and buildings on to something else that could boost output.

Populist sentiments are seen being raised during the lockdown across the globe but there seems to be a fair chance for it to change as pandemic ends. The way to defeat the virus is by coming together not just as citizens of states or territory but as human beings. The post-pandemic world would not be stuck under the world of parochialism and would try to broaden its horizons better than it did earlier.