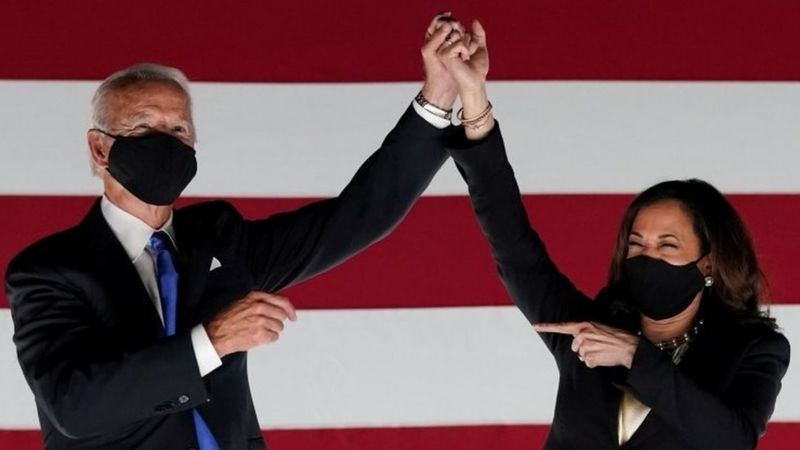 Democratic Party leader Joe Biden won the US presidential election by defeating Donald Trump. They have crossed the 270 electoral college votes for the majority.

With this, there has been a wave of congratulations of the leaders of the country and abroad. One after the other leaders are greeting him on social media.

In a statement on social media, Obama said, “This time for the first time Americans have voted in such large numbers in elections. Once all the votes are counted, it is a historic for elected president and vice-president. Will win.

He wrote, “In January next year, when Biden officially takes charge of the White House, there will be many challenges before him, no President has seen before – epidemics, uneven economy and judicial system, our republic. Is in danger and the climate is in great danger in front of it. “

“I hope they work for all Americans.”

Prime Minister Narendra Modi also congratulated Joe Biden and Kamala Harris. He wrote, “As Vice-President, your contribution in strengthening the mutual relations between India and the United States has been invaluable. I hope together we will strengthen the relationship between the two countries even more.”

Congratulating Kamala Harris, Modi wrote, “Your victory is a matter of pride for all Indian-Americans

At the same time, Congress President Sonia Gandhi congratulated Joe Biden on being elected the 46th President of the US and said that under the mature leadership of the two leaders, America and India will work together for peace and development in the region and the whole world.

Congress leader Rahul Gandhi has sent a congratulatory message on social media to Joe Biden and Kamala Harris and hoped that they will unite America and give it direction.

Describing Kamala Harris of Indian origin as the vice-president, she wrote that “It is a matter of pride for us that America’s first female vice-president has roots in India.

He wrote on social media, “We look forward to the elected President Joe Biden’s Global Conference on the Republic and we hope that together we will end the illegal tax haven and prevent the theft of the wealth of nations by corrupt leaders.”

“We will continue to work with the United States for peace in Afghanistan and the region as a whole.”

Canadian Prime Minister Justin Trudeau also congratulated the two leaders on social media and wrote, “Both America and Canada are not only close friends, but also allies. These two countries share a special relationship on the world stage. I hope We will work together. “

British Prime Minister Boris Johnson called it a “historic victory” and congratulated Joe Biden and Kamala Harris for it.

He wrote, “America is our most important partner and I hope we will work together on issues ranging from climate change to trade and security.”

German Chancellor Angela Merkel has said in her congratulatory message that we will always keep the relationship between the two strong.

On social media, Macron wrote, “In today’s era, we have to face many challenges together. Let’s work together.”

He wrote, “Congratulations on being elected the new President of America. Europe and America are in favor of the same values ​​and I sincerely hope that we will work together.”