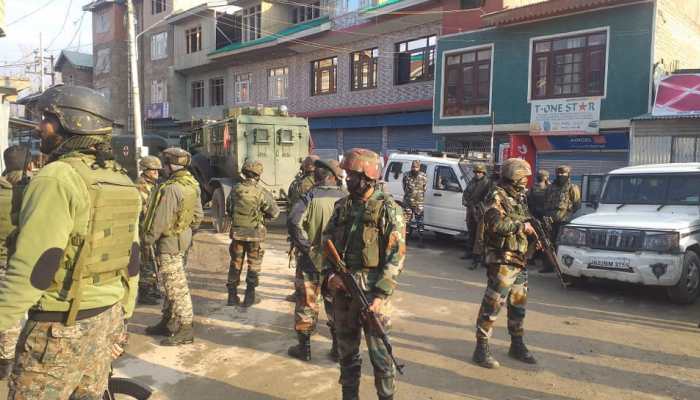 Militants attacked security forces in HMT area near Srinagar in Jammu and Kashmir in which two soldiers were killed. Both the soldiers were seriously injured after which they were admitted to the nearest medical facility, where they succumbed.

Kashmir’s IG Vijay Kumar said that the army personnel were on routine duty. Three militants fired indiscriminately at the jawans, seriously injuring 2 soldiers. Later he became a martyr. Here is the movement of Lashkar-e-Taiba and Jaish-e-Mohammed, we will identify the group by evening.

Initial reports said that three militants were travelling in a Maruti car and two of them were carrying weapons, who fired indiscriminately at the army men leaving two of them seriously wounded. Reportedly, both injured soldiers have succumbed,” he said.

The two soldiers killed in Srinagar militant attack have been identified as Sepoy Rattan Lal of 163 Territorial Army and Sepoy Deshmukh of 101 Territorial Army. Both had been attached to 2nd Unit of Rashtriya Rifles.

At the same time, the army and SOG teams of Jammu and Kashmir Police have started the siege of Abanshah HMT area. Security forces have been alerted at all the points.

Security forces say that terrorists may still be present in the area. A search operation will be carried out in the area when a siege occurs. At present, no terrorist encounter is reported.

The attack occurred on the 12th anniversary of 26/11 Mumbai terror attacks and ahead of the first phase of the District Development Council (DDC) elections in the Union Territory.

On November 19, four  Jaish e Mohammad terrorists travelling in a truck on the Jammu Srinagar National Highway were killed during an encounter near Nagrota in Jammu.