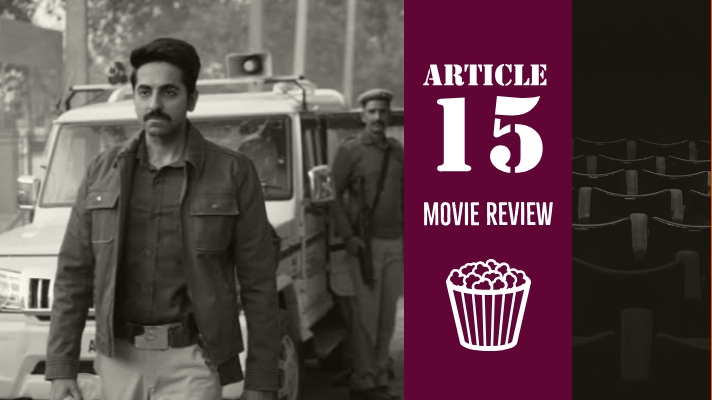 Anubhav Sinha’ s film Article 15 Released on Friday, Ayushman Khurana in lead role of the top cop who appointed as the investigative officer to solve the murder mystery in film. After the releasing the film, everyone has curiosity or want to know about the article 15. Film is based on the incident of 2014 Badau gangrape and 2016 Una flogging incident. Film story line around the politics and caste system , That can make uneasy Politicians to Upper caste of the country. But why ? question rise after the sentence of uneasiness. Yeah, Here’s the reason.

Article 15 section 2 gives every citizen of the country equal right. Article 15(2) says that no Indian citizen can be discriminated on the basis of Religion Caste, Sex, Birth and Place.

It also States that no citizen shall be denied access to Shop, Public Restaurant, Hotel and Place of Entertainment.

According to this section of the constitution no citizen shall be subject to any disability, liability, restriction or condition with the use of Wells, Tanks, Bathing On ghats, Roads, Places of public resort maintained wholly or partly with State funds or dedicated to the use of the general public.

Articles 14, 15 and 16 are form part of a scheme of the Constitutional Right to Equality. Article 15 and 16 are incidents of guarantees of Equality, and give effect to Article 14.

The Article also states that the article cannot be used as an argument to make special provisions for women, children or any other backward classes. Nothing in this article or in clause (2) of Article 29 shall prevent the State from making any special provision for the advancement of any socially and educationally backward classes of citizens or for the Scheduled Castes and the Scheduled Tribes, the article states.

Article 15(5) moves a step ahead and empowers the country to make reservations with regard to admissions into educational institutions both privately run and those that are aided or not aided by the government. Under this rule, only the minority run institutions such as the Madarsas etc.

Article 15 reward to the people, especially backward sect. of the country. It’s gives them a equal right, Strength them. And live normally without any hesitation. Film may be make uncomfortable those who neglect avoid or want violate the right. That constitution gives everyone equally, just like as father distribute the chocolate to every child of them without any discrimination.