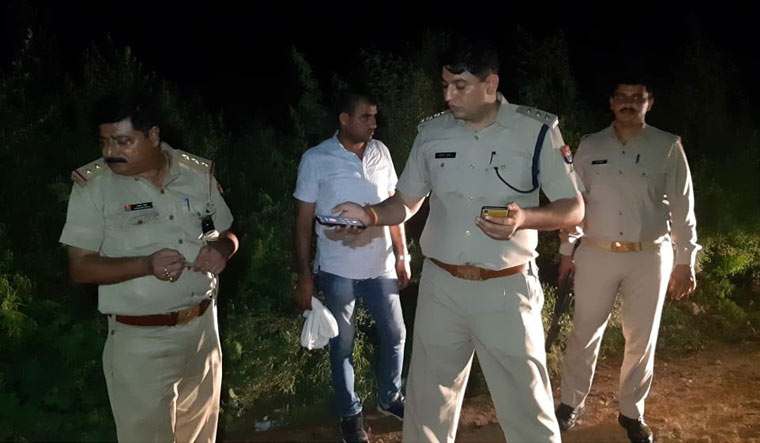 Ground Report | New Delhi: 3,302 criminals injured; After the Bharatiya Janata Party (BJP) came to power in Uttar Pradesh in March 2017, the UP Police shot and injured 3,302 alleged criminals in 8,472 encounters, many alleged criminals were injured due to bullet injuries in the leg. During this, the death toll in these encounters is 146.

According to the Indian Express report, there is no official name for this operation yet, but some senior policemen in the state call this operation ‘Operation Langda’. Senior police officers deny that they have any plans to cripple criminals during encounters.

Police say that they do not have any such data to know how many criminals were disabled due to a bullet in the leg during the encounter. Instead, the police say that 13 policemen have died and 1,157 have been injured in these encounters.

UP Police ADG (Law and Order) Prashant Kumar said that a large number of injured in police encounters shows that killing criminals is not the main objective of the police. The main objective is to arrest the person.

ALSO READ: What is Taliban, How they became so powerful?

Kumar said, “The UP government has a zero-tolerance policy towards crime and criminals. If someone shoots at us while on duty, we retaliate and this is a legal power given to the police. Some get injured during this process and some die. He further said, ‘Our people have also been killed and injured. The bottom line is that if someone does something illegal, the police react. However, our main motive is not to kill the person but to make an arrest.

The ADG said, “There is a prescribed procedure on the guidelines of the Supreme Court as to what to do if death occurs in an encounter. Apart from this, there is a magisterial inquiry into every encounter. Victims have all the rights to present their cases in court. However, till date, no constitutional body has said anything against the UP police encounters.

According to the report, in January 2019, the Supreme Court had said on such killings that they need to be considered seriously. Opposition parties have also often raised questions about these killings and called them the ‘thok do (kill it) policy’ of the state government.

In Uttar Pradesh assembly elections are due next year, in such a situation, the Yogi Adityanath government is showing these encounters as its achievement. On several occasions, Adityanath himself has issued warnings saying that the police will not hesitate to kill criminals if they do not change their course.