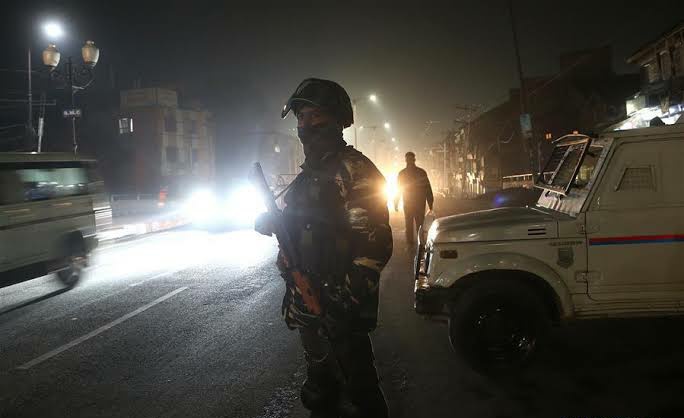 Ground Report | New Delhi: Srinagar zewan attack update; Three security force personal in Jammu and Kashmir police personnel were killed and 10 injured in an attack by terrorists on a police bus near a police camp in Zewan on the outskirts of Srinagar this evening, NDTV reported.

According to reports, the soldiers of the 9th Battalion of Jammu and Kashmir Armed Police were in the bus which was attacked by terrorists at Zewan. However, this attack is yet to be officially confirmed. (Srinagar Zewan attack)

ALSO READ: What was the Anti Women question that CBSE asked in exam?

According to police 14 police personnel has been injured in the attack, injured have been shifted to hospital for treatment. Security forces have cordoned off the area to carry out searches to nab the attackers.

ALSO READ: What was the Anti Women question that CBSE asked in exam?

Also Read:  Flood threat in Kashmir may increase due to increase in monsoon rains

“All the injured have been sent to hospital for treatment,” he said, adding that the area has been cordoned off and a massive search has been launched to nab the attackers. (Srinagar zewan attack update)

Earlier in the day, two unidentified terrorists were gunned down by security forces on the outskirts of Srinagar. Police said that the encounter took place in the Rangreth area. Kashmir Zone Police said on Twitter that two terrorists have been killed, whose identity is not yet known.

A police official said that acting on a lead, police and security forces zeroed on a suspected spot in the Rangreth area and asked the hiding militants to surrender, however, they fired a the forces, and in the ensuing encounter, two unidentified militants were killed. “Their identity and affiliation are being ascertained,” he said.