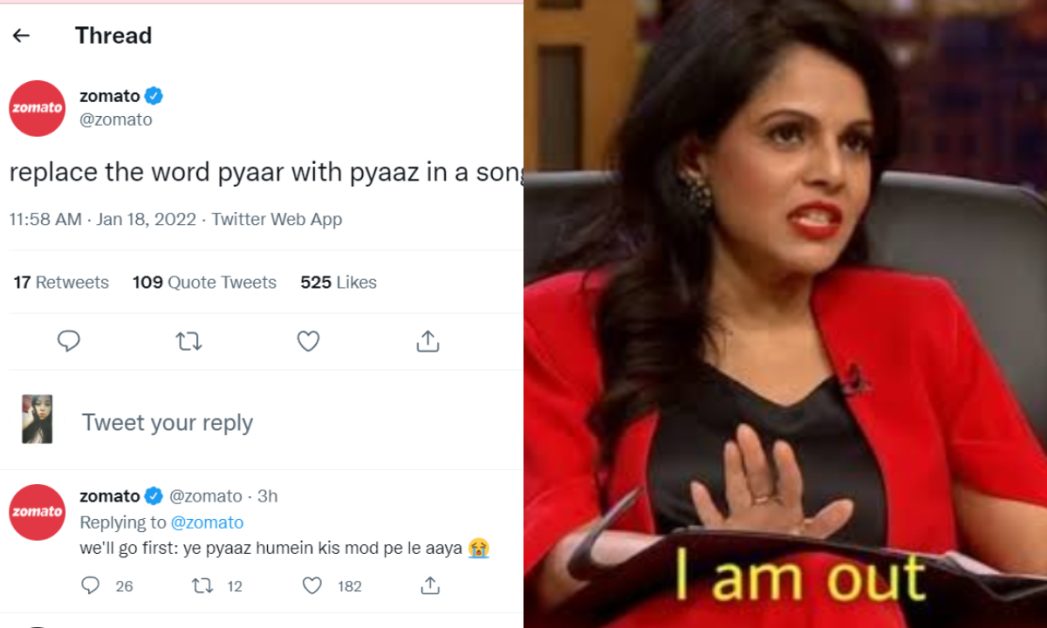 Ground Report | New Delhi: Zomato’s hilarious ‘Pyaaz’ antaakshri; Food delivery company Zomato is very popular among the youth due to its special style on social media. A fun activity was started by the food delivery company’s Twitter handle on Tuesday, asking its followers to replace the word ‘pyaar’ with ‘pyaaz’ in a song. People responded fiercely, due to which onions started coming in trend without becoming expensive.

In this Antakshari released on Twitter, Zomato first twisted the superhit song ‘Pyaaz Hum Kis Mod Par Le Aaya’ from Amitabh Bachchan’s superhit film ‘Satte Pe Satta’ and wrote that ‘Pyaaz took us to what point’, after this The answers that came from people looked funny

Soon after, it seemed like everyone was playing a virtual antakshri and it was absolutely hilarious. As usual, this activity was also absolutely fun and it seems like netizens don’t get tired after all. It was only around Vicky and Katrina’s wedding that they decided to attract users in a rather unique way. They decided to choose a wedding delicacy and then mentioned that ‘You are invited… to bless a couple…’ That’s how everyone was invited to join the app and order their favorites to bless the couple!

If that’s not enough, they also put together a quick menu of what would be the type of food at their wedding, urging everyone to order right away! They reminded their app users to try some chole bhature, which was part of VicKat’s big wedding menu.

And we say, this is really fun! Just check out the thread and you’ll find yourself laughing and how. Read more trendy articles about Tatvabodhini here.