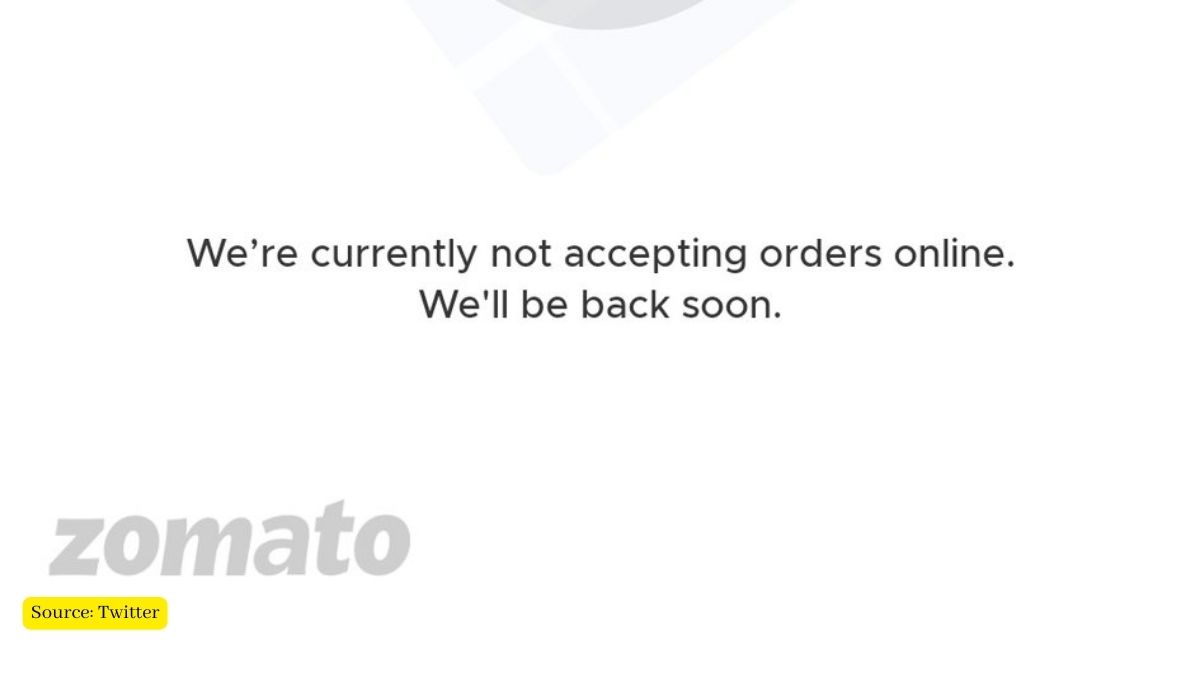 Delhi: The food delivery app Zomato and Swiggy are down in many parts of the country. A large number of users complained about this. Some Swiggy users also reported similar problems.

Netizens took to Twitter to share their experiences as many were unable to place an order or simply scrolled through Zomato for over an hour. ‘Zomato is falling’ began to trend on Twitter and several users shared their views.

A twitter user wrote”I order food online once in a blue moon and the day I decide to Order, Zomato goes down. What about the money I paid for!!? #Zomato #Swiggy”

The Down Detector site has received a lot of complaints about this. So far more than 3000 complaints have been reported. Most users report not being able to use the processor.

“”Wow, looks like @swiggy_in and @zomato appear to be having technical issues at the same time,” a Twitter user said.

“Hi there, we are facing a temporary glitch. Please be assured our team is working on this and we will be up and running soon,” Zomato said on Twitter acknowledging the issue.

Zomato is introducing many new features to impress their customers.