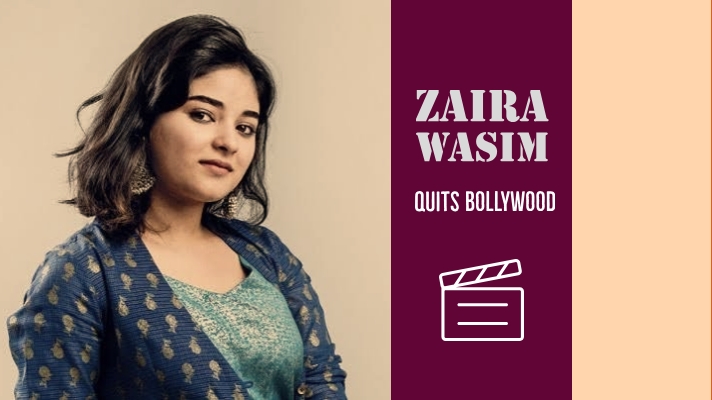 ‘Dangal’ fame Zaira Wasim, who will next be seen opposite Priyanka Chopra and Farhan Akhtar in in Shonali Bose’s directorial ‘The Sky is Pink’, took to her Instagram handle to share a 6-page heartfelt note as she completes 5 years in Bollywood.

In her post, she says that even though Bollywood industry has bought a lot of love and support to her but it has also led her to a path of ignorance and she ‘silently and unconsciously transitioned out of imaan.’

She also said that ‘It was only for me to realise that though I may fit here perfectly, I do not belong here’

In 2018, ‘Dangal’ star Zaira Wasim has opened up about her battle with depression and said she has been suffering from it and severe anxiety “for a very long time”.

The 17-year-old took to social media to share a long note wherein she stated that she was pushed into a “bubble of denial”.

“I’m writing this to (finally) admit and confess that I, for a very long time have been suffering from severe anxiety and depression.”

“It’s almost been four years and I’ve always been embarrassed and scared to admit it not only because of the stigma that goes around with the word depression, but most importantly because of always being told that ‘You’re too young to be depressed’ or ‘It’s just a phase'”.

The National Award winner said self loathing, nervous breakdowns, suicidal thoughts, starving, daily dosage of medicines and restlessnes “were all parts of this phase”.

The ‘Secret Superstar’ actress further said, “I just need a complete break from everything, my social life, my work, school and especially social media. I’m really looking forward to the holy month of Ramadhan as it may be the perfect opportunity to figure things out. Please remember me in your prayers.”

“Please remember me in your prayers,” wrote Zaira.