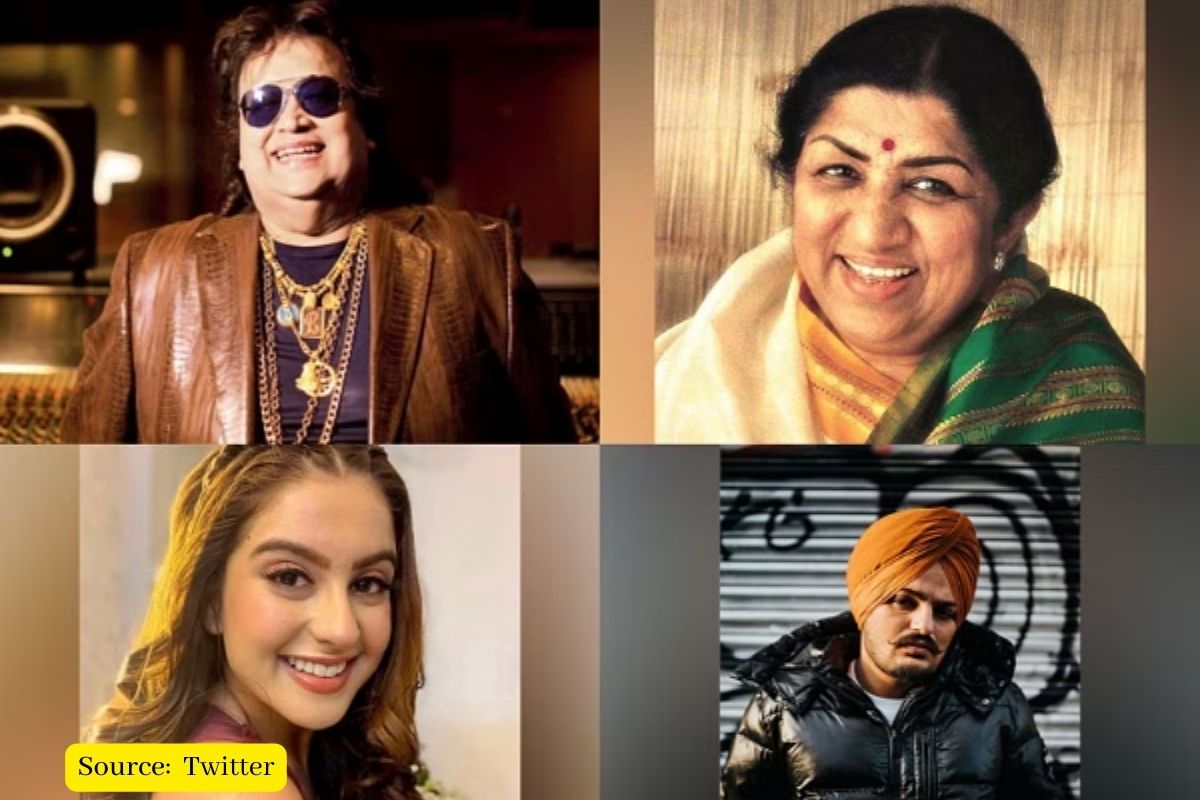 The year 2022 will be one in which the Indian entertainment industry lost many prominent names. As the year comes to a close, let’s take a look at some of the celebrities who have passed away this year.

The name needs no introduction. The disappearance of Lata Mangeshkar, nicknamed the ‘Nightingale’, was a major setback for the music industry. Mangeshkar died on February 6, 2022, at the age of 92, from multiple organ dysfunction syndromes. She had been on regular therapy for pneumonia and covid-19 for 28 days.

‘Bappi Da‘ had numerous chart hits to his credit, not only in Bollywood but also in Bengali, Telugu and Kannada films. She died on February 15, 2022, in Mumbai, of obstructive sleep apnea at the age of 69.

KK, or Krishnakumar Kunnath, was a prominent Indian singer. He was performing at a live music event at Nazrul Mancha Auditorium in South Kolkata on May 31, 2022, when he suffered a heart attack. He was rushed to a hospital where he was declared.

Raju Srivastava was an excellent comedian, actor and politician who died on 21st September 2022 at AIIMS. He wowed audiences with this wit in ‘The Great Indian Laughter Challenge and performed live monologues on stage and on television.

Punjabi singer Sidhu Moosewala was shot dead by unidentified assailants in the Mansa district of Punjab on May 29, 2022. He was in his car when the assailants blocked him and fired more than 30 shots at him.

Pandit Birju Maharaj was a celebrated Kathak dancer, composer and singer who belonged to ‘Kalka-Bindadin’ Gharana of Lucknow. He was 83 years old when his health suddenly deteriorated and the veteran passed away on January 17, 2022.

Actor Tunisha Sharma, who has also appeared in films like ‘Fitoor’, ‘Baar Baar Dekho’, ‘Kahaani 2: Durga Rani Singh’ and ‘Dabangg 3’, was found dead on the sets of a TV series on December 24.

Police did not recover any suicide notes at the scene.

Police said the reason behind Tunisha’s alleged extreme step could be his breakup with his boyfriend Sheezan Khan a fortnight ago.

Veteran stage and screen actor Vikram Gokhale passed away at Deenanath Mangeshkar Hospital in Pune on November 26. He was 77 years old and was on life support for some time.

Veteran actor and TV presenter Tabassum Govil passed away in November. He went into cardiac arrest at a Mumbai hospital. She was 78 years old.

Siddhaanth, best known for his roles in TV series like ‘Kkusum’, ‘Waaris’ and ‘Suryaputra Karn’, passed away on November 11 while exercising at a gym. He was 46 years old.

Actor Deepesh Bhan, who played the role of Malkhan in the well-known TV series ‘Bhabiji Ghar Par Hain’, passed away in July at the age of 41. Although the exact reason for his premature death is still unknown, according to the media. media, Deepesh collapsed while playing cricket in his building in Dahisar, Mumbai. He had reportedly worked in a gym before coming to the cricket ground.

Bengali actor Aindrila Sharma passed away in November at the age of 24 after suffering multiple cardiac arrests.