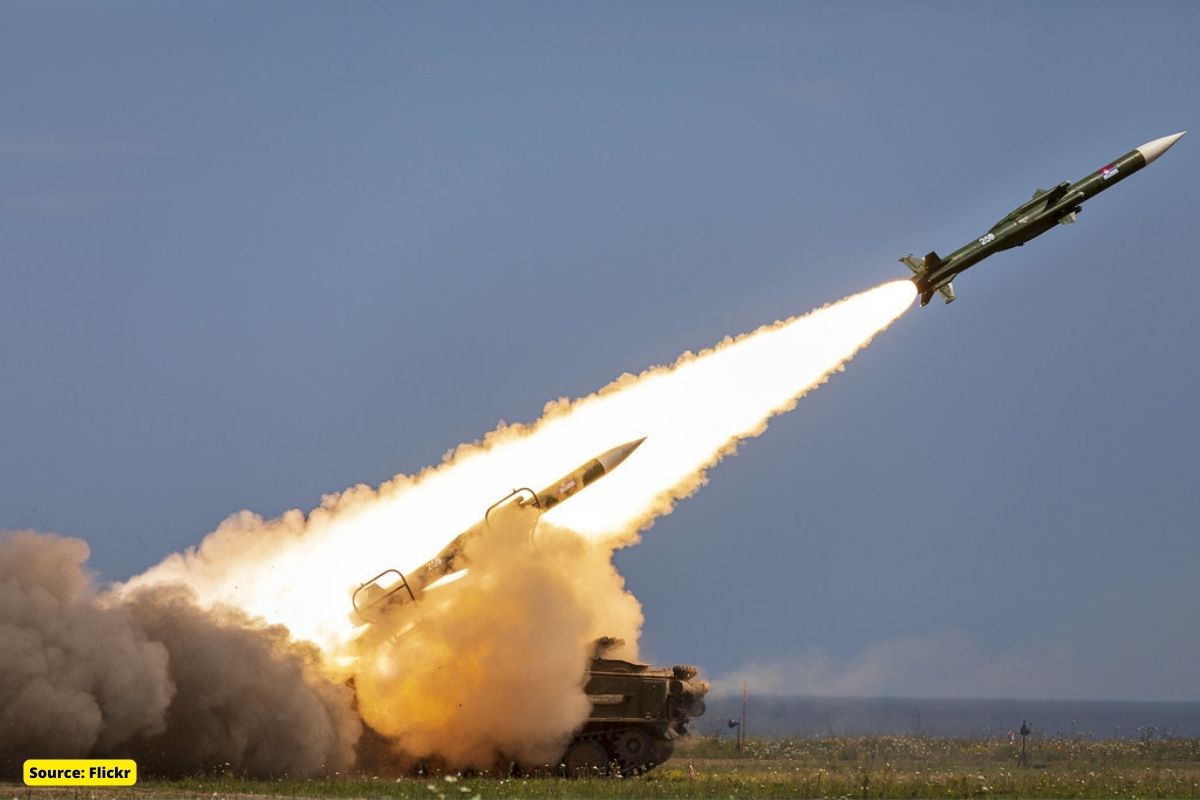 The United States has announced that it is sending advanced missile systems to Ukraine, but the jury does not know whether they will change the game they hope for in Kyiv’s war with Russia. The new weapon is the Himars multiple rocket launcher or MLRS: a mobile unit that can launch several high-precision missiles simultaneously.

Will US rockets for Ukraine be a game-changer

US President Joe Biden in a column in the New York Times that he would provide Ukraine with advanced missile systems and weapons that would allow him to hit the target more accurately.

IN HIS COLUMN, the US President wrote: “We hastened to send a large number of weapons and ammunition to Ukraine so that it could fight on the battlefield and maintain its position at the negotiating table.”

According to Reuters, a high-ranking official of the Biden administration said the weapons would include a highly mobile artillery jet complex M142 (Hummers), which the head of the Ukrainian Armed Forces said a month earlier said Russia was “important” to counter missile attacks.

Senior administration officials said Kyiv had “assured” that the missiles would not be used to strike Russia, eliminating fears of a direct clash between the United States and Russia over the supply of such weapons.

However, according to the French news agency AFP, US President Joe Biden said that “we will not send Ukraine a missile system that could hit Russia.”

The US spokesman told reporters: “Ukrainians will use this system to stop Russia’s progress on their territory, but they will not be used against targets in Russia.” The latest US arms deal for Ukraine came at a time when Russia has stepped up its attacks in the eastern Donbas.

Billions of dollars worth of previously supplied equipment, including anti-aircraft missiles and drones, are at the forefront of this promise.

The Associated Press (AP) quoted two senior US administration officials as saying the missile system was part of a new $700,700 million tranche of aid to Ukraine, including helicopters, a juvenile system of anti-tank weapons, and tactical equipment, spare parts, etc.

Officials on condition of anonymity provided information about the weapons package, which will be officially announced on Wednesday. However, representatives of the United States and the White House did not publicly comment on the details of the aid package.

According to the AP, the missile system will be part of the Pentagon’s powers, so it will include the withdrawal of weapons from US stockpiles and their rapid shipment to Ukraine. The Ukrainian military will also need training with the new systems, which could take at least a week or two.

Will Rocket change the game?

According to the French news agency AFP, the new weapon is our volley fire missile system or MLRS, which acts as a mobile unit that can fire several precision-guided missiles at the same time. Both Ukraine and Russia are already using MLRS, but our range is higher and our accuracy is better.

Also Read:  How ban on Gold from Russia will Impact Indian Markets?

President Joe Biden wrote in The New York Times that with the help of modern missiles, Ukrainians will be able to “accurately target key targets on the battlefield inside Ukraine.” Nevertheless, the United States intends to limit the range of missiles to Ukraine so that they are not used to hit targets inside Russia.

According to AFP, Biden said on Monday that “we will not send missiles to Ukraine that could hit Russia.” The M142 Hammers System (High Mobility Artillery Rocket System) is a modern, lighter and faster version of the M270 tracked MLRS, developed for the US military and allies in the 1970s. An American official told reporters that the range that Washington provides to Ukraine will have a range of about 50 miles (80 kilometers).

The system will allow Ukrainian forces to carry out more attacks on Russian borders while being safe from long-range Russian weapons. Our GPS-guided missiles hit our six capsules, which are almost twice the range of the M777 howitzer recently provided by the United States to Ukrainian troops.

They usually place about 80 km of hammers outside the range of Russian artillery, while endangering Russian artillery. As the West believes that Russian forces are facing logistical problems, this could also threaten Russian supply depots.

The United States will not provide ATACMS with a range of 300 km to Ukraine. Some analysts argue that the Hammers will become a “variable” in the war at a time when Ukrainian forces are facing heavy artillery fire from Russian artillery. But others say the three-month war will not change the situation suddenly.

Following the Russian invasion on February 24, the United States was sensitive to any move in support of Kyiv that could provoke Moscow to move the war abroad.

What is the situation in eastern Ukraine?

“Most of the eastern industrial city of Severodonetsk in Luhansk, one of the two regions of Donbas, was captured by Russian troops,” said the region’s governor Sergei Gaidai.

“Almost all the main infrastructure in Severodonetsk is destroyed, 60% of residential real estate is damaged without repair,” he added. Russian shelling made it impossible to provide assistance or evacuate people.

Russia’s conquest of the twin cities of Sverdlovsk and Sverdlovsk on the Donetsk River will give Moscow control over all of Luhansk.

It is one of two eastern provinces that Russia claims through its separatists.