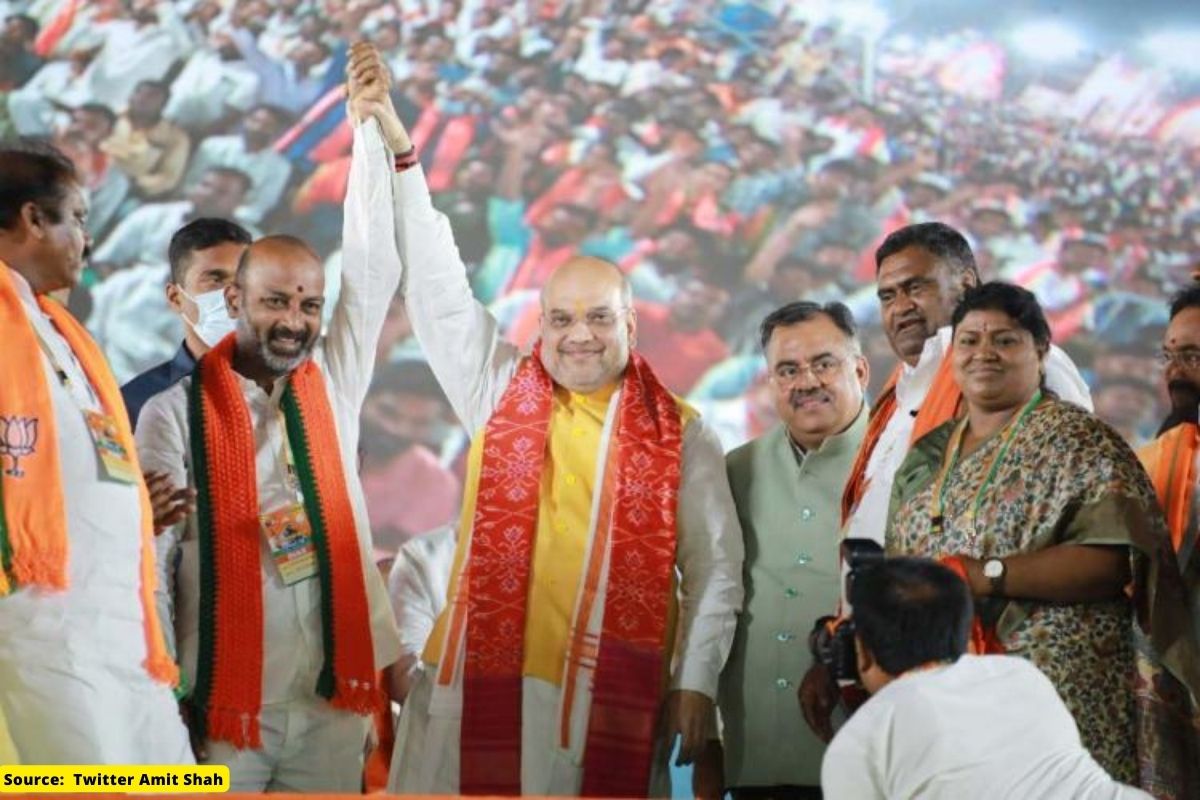 Union Home Minister Amit Shah said that the BJP would end Muslims and other religious minorities’ reservations in the Telangana state and bring the benefit to STs, SCs and the backward classes.

Addressing a public meeting in Tukkuguda, on the outskirts of Hyderabad, Amit Shah said: “Shah said that reservation for Muslims and other religious minorities in Telangana have negatively impacted socially backward groups, including the OBC, SC and ST. We will end minority bookings and increase SC, ST and OBC bookings.”

Shah said: “If you can’t do this, resign. The BJP will take over and the BJP government in the state will buy every kilo of boiled rice from farmers in the state.”

Amit Shah, who repeatedly called on the crowd and BJP workers in the state to “uproot and oust the KCR government”, said that the TRS government was run by a corrupt family, which had failed to keep any of its promises: neelu, nedhulu, neyamakalu (water, resources, and jobs). TRS is based on “tantra and mantra,” which cannot help Telangana, he said.

“Why do you need more loans? Is it to benefit his son or his daughter? Shah questioned Chandrashekar Rao. “I have been in public life since I was 13 years old; in all these years, I have never seen a more nikammi aur brasht (useless and corrupt) government,” he said, referring to the TRS government.

Shah used the public meeting to take aim at AIMIM, when he asked the crowd if the people were ready to kick out the “Nizam government”, to which the crowd responded with a resounding yes.

He also said that TRS and Chandrashekar Rao did not support the repeal of Article 370 because he feared AIMIM. He asked the crowd if they supported removing Section 370, to which the crowd again responded with loud cheers of approval.