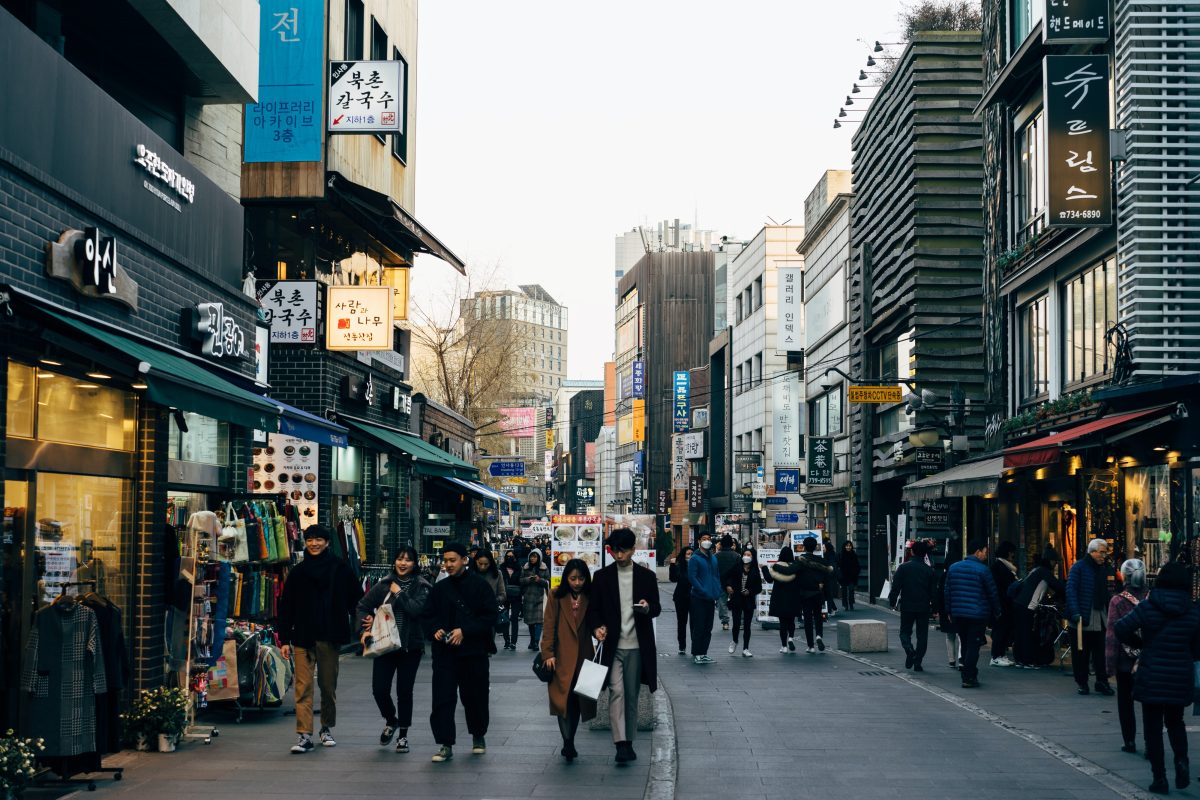 Ground Report | New Delhi: Women travelling to South Korea; How far would you go to find the love of your life? For some of us, a 30-minute drive may even seem like overkill. However, the women seem to be travelling around the world to a certain destination, hoping to find love, simply because of what they have seen in the movies.

The term refers to the disparate genres of television dramas produced in South Korea, including mystery, crime, and romantic comedy. Regardless of the genre, most K-dramas seek to elicit a visceral response from viewers: laughter, tears, anger, outrage. Series often feature charming, well-groomed actors who are in touch with their emotions.

If you’re not familiar with the “Korean Wave,” the phrase describes the rise in popularity of South Korean cultural products in Western countries. Also called “Hallyu,” it covers traditional foods, elaborate skincare routines, music like K-Pop, and movies like K-dramas.

In recent years, K-dramas have become widespread. Today, streaming platforms such as Netflix and Disney+ not only offer a large number of K-dramas for their subscribers but have also produced their own K-dramas, such as “Squid Game” and “The King’s Affection”.

The worldwide popularity of K-dramas came alongside the popularity of other South Korean cultural products, including K-pop, cosmetics, and food. This phenomenon is known as “Hallyu” or the “Korean Wave”.

Driven by their interest in South Korean popular culture, more and more tourists are travelling to the country. Locals in South Korea call these visitors “Hallyu tourists.” Many of them dine at restaurants and street food vendors so they can try the food they see at K-dramas, visit K-drama filming locations, or attend a K-pop live performance.

However, the emergence of this new genre has not only provided a different style of entertainment. According to one expert, it has inspired single women to travel to South Korea in search of their other half.

In 2017 and 2018, Lee travelled to Seoul and stayed at accommodations that are popular with Hallyu tourists. According to Lee, it was easy to spot those who were looking for love. While the usual tourists got up early and explored the city, this late-night group spent the day sleeping and watching K-Dramas before dressing up and clubbing all night.

According to Lee, these women were mostly from Western Europe, Russia, and North America. When asked why they travelled the world to find a Korean man, a German tourist said that meeting a Korean man makes her feel like she is “living in [her] own Korean TV drama,” explaining that it is a fancy feeling that drives them.

They explained that the men at home were hyper-masculine and stoic, while their perfect Korean man was “kind,” “romantic,” or a “knight in shining armour.” In other words, she describes a typical Korean drama character.

Consequently, after all this ordeal, on rare occasions, some have found their perfect match among Korean men, giving hope to the rest, but most of the girls return disappointed or regretful. One Spanish woman told Lee that she found a Korean boyfriend but that it became very difficult to maintain a long-distance relationship, while another said, after learning the hard lesson that, like in Hollywood, men are not like in the movies.

The fictional world of media can be so captivating and compelling that it can easily change our perception of reality and shape the construction of how we see things, as shown by the way he had these young women fly around the world to find the perfect Korean man. without thinking that what they want is a ‘character’ in a drama and not a part of the real world. (Women travelling to South Korea)