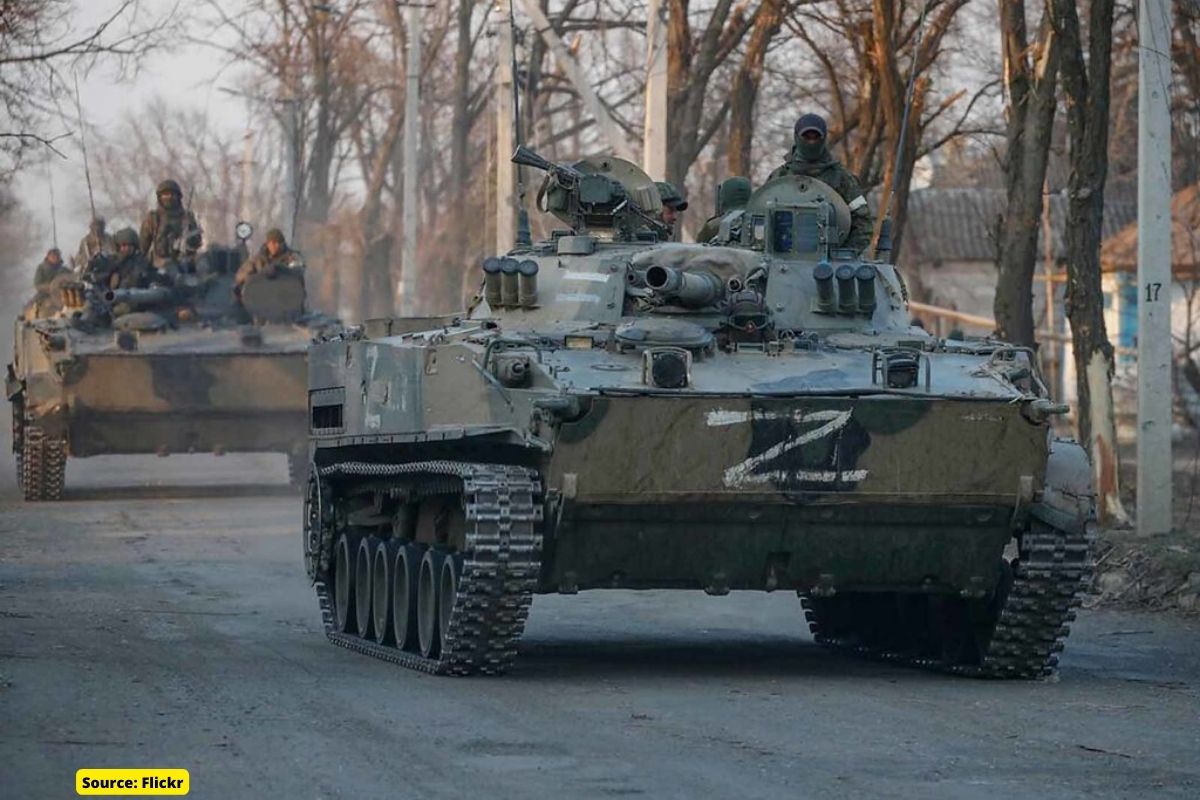 Ukraine: The Ukrainian president, Volodymyr Zelensky, has recognized that the situation in his country, especially in the Donbas, is “very difficult” and that “between 60 and 100 soldiers die in combat a day and another 500 people are injured”.

Speaking to the US website Newsmax, which also includes Ukrainian agencies, the Ukrainian president reiterated that his country is the “defensive perimeter” against Russia and that “it is a physical barrier formed by our people.”

Although much of the world’s focus on the war has been on Russia’s disorganized and flawed campaign, Ukraine is also fighting. Ukraine’s military has suffered heavy losses, shown signs of disorder and, step by step has withdrawn from some long-held areas in Donbas, the eastern region that is now the epicentre of the war.

The momentum that Ukraine generated after pushing back Russian forces from Kyiv, the capital, and Kharkiv, the second-largest city, has given way in the east to weeks of give-and-take in villages, heavy shelling and a torrent of Ukrainian dead and wounded from the battlefields.

The Ukrainian government has largely concealed casualty figures, and Western governments have not offered their own assessments of the army’s difficulties, as they have in describing Russian setbacks. The last update on Ukrainian casualties came on April 16, when Zelensky said fewer than 3,000 soldiers had been killed, but his comments on last week’s casualties suggest the figure is much higher now.

Ukraine is also hampered by the deterioration and depletion of its Soviet-heritage artillery, said Mykhailo Zhirokhov, author of a book on Ukrainian artillery. Spent cannons fire less accurately. The shells are running out. Western replacements are arriving, but slowly.

The morale of volunteer fighters is also proving to be a challenge, at least in some units. Many of those who signed up for the Ukrainian Territorial Defense Force in the early days of the war believed that their task would be limited to defending their hometowns. There were professors, computer programmers, taxi drivers, and others, most with no battlefield experience.

Before the invasion of Ukraine, President Vladimir Putin often met with Western leaders, and even French President Emmanuel Macron hosted Putin at his private residence in the summer of 2019.

But now Western leaders have unhesitatingly described Putin as a “dictator” and a “war criminal” and have been ostracized, as have his supporters, such as Foreign Minister Sergei Lavrov, who visits the West frequently. . What they used to do is forbidden.

However, despite constant unconfirmed rumours about his health and discontent with him in close circles, Putin still maintains control of his country’s internal affairs and is supported by the war against Ukraine.

Who opposed Russia, who remained silent?

Although the European Union, the United Kingdom and the United States have been relatively united despite their strategic differences, the pressure on Russia has not been as pervasive as it should have been.

On the other hand, India, which relies on Russian weapons, has been just as cautious. Turkish President Recep Tayyip Erdogan, a NATO member, has also taken precautions not to damage relations with Moscow, while the drones used by Ukraine belong to Turkey.

Steven Gerzad, director of the African Governance and Diplomacy Program at the South African Institute of International Affairs, said most countries in the BRICS group of emerging economies were “very reluctant” to condemn the attack.

“I think there are some countries in Africa that say they want to be as neutral as South Africa, but that is interpreted as Russia’s support in this situation,” he said.

Western powers have also agreed to impose the toughest sanctions ever imposed on Russia, aimed at isolating it from the world economy and trying to hurt Vladimir Putin politically.

The sanctions also hurt consumers outside of Russia. Russia is a major supplier of grain to many countries in the world, and European countries still depend on oil supplied by Moscow. Although the European Union has agreed to a limited ban on Russian oil, a gas ban would mark another step.

According to the Associated Press (AP), in support of Ukraine, EU countries have recently decided to impose a ban on oil imports from Russia by the end of this year, which only applies to the sea. About 90% of the oil imported through China will be oil, but the pipeline will continue to supply oil to Hungary.

1 thought on “Why Ukraine is losing so many soldiers?”