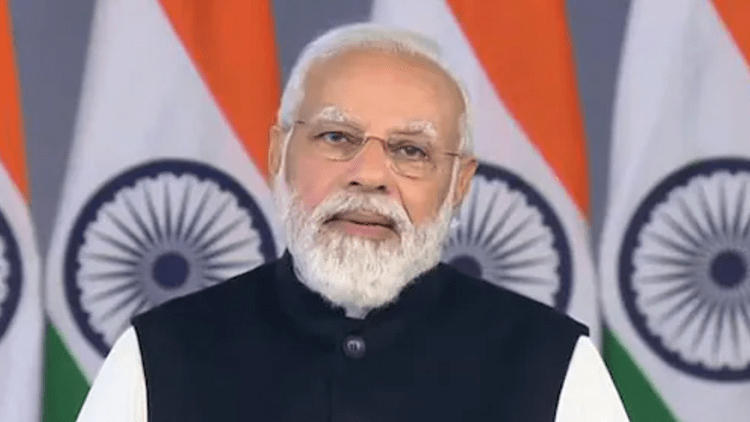 Ground Report | New Delhi: Why Teleprompter PM is trending on Twitter; Prime Minister Narendra Modi virtually had to stop addressing the World Economic Forum when his teleprompter apparently stopped working. Now social media is divided with some ruling that this was a teleprompter failure – and tweeting with the hashtag #teleprompterPM – while others deliberated over what might have happened.

As soon as the video went viral, the opposition started targeting PM Modi. Congress leader Radhika Khera tweeted that this is the reason why PM does not hold press conferences.

This incident proved one thing. Those who thought that the Prime Minister was a very good orator, came to know today that Modi speaks not by himself but by reading what he has written. And the biggest thing is that when the machine stopped working due to some reason, he started stammering on a forum like World Economic Forum and could not speak a word to himself about India.

The hashtag #TeleprompterPM started trending on Twitter and people questioned the PM’s reputation for oratory. The notion that he could not continue speaking without a teleprompter even for a few minutes prompted the Prime Minister to do some harsh trolling. For once the Prime Minister was on the receiving end as it is he who is known to troll rivals.

Modi’s oratory is often highlighted as exemplary by the Bharatiya Janata Party, which became another rallying point for several on Twitter.

“Seems some poor technicians in the PMO will lose their job today. Just hope they aren’t charged with sedition/UAPA and what not. Noida media must be on standby to take out some Khalistani link to the embarrassment today!” said Journalist Rohini Singh.

Fact-checking portal Alt News’s Prateek Sinha and Mohammad Zubair tweeted that the teleprompter is unlikely to fail, but someone in the Prime Minister’s Office was trying to catch their eye. This, he wrote, was evident from the video of the World Economic Forum speech.