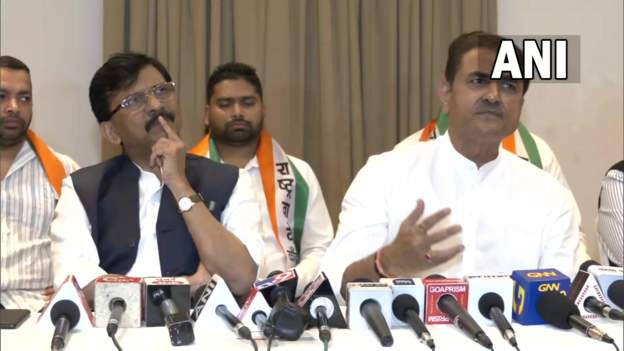 Ground Report | New Delhi: Shiv Sena-NCP are upset with Congress; Congress, Shiv Sena and NCP running a coalition government in Maharashtra are not contesting elections together in Goa. NCP leader Praful Patel has said that a proposal was given to the Congress to contest the Goa Assembly elections together, but there was no response from the Congress on this.

Patel told that the NCP and Shiv Sena will fight the Goa assembly elections together but will not field their candidates on all 40 seats. He told that the first list of candidates in the elections will be released tomorrow. (Shiv Sena-NCP are upset with Congress)

On Wednesday, in the day, Shiv Sena leader Sanjay Raut also said that he had discussed alliance with Congress and Shiv Sena and NCP had tried to form ‘Maha Vikas Aghadi’ in Goa like Maharashtra but Congress leaders feel that He will bring majority on his own.

On this, Congress chief Nana Patole has said that the decision of the alliance is of the high command, Sonia Gandhi helped to stop the BJP in Maharashtra. He said that “Congress is in good condition in other states, so there is no need to take them (Shiv Sena and NCP) along.”

Strengthening ties with the NCP, Shiv Sena’s Sanjay Raut confirmed that the two parties together will win a lot of seats and be the kingmakers in the elections. “We tried to fix a pre-poll alliance, but I believe Congress thinks they can form a government on their own, so we wish them all the best.

According to the NCP leader, both the parties will not contest all the 40 seats together but will try to bring a strong number and like-minded government in Goa. “The first list will be released tomorrow. We know that we will not be in a position to form the government, but we will certainly have the power to hold a tremendous number.