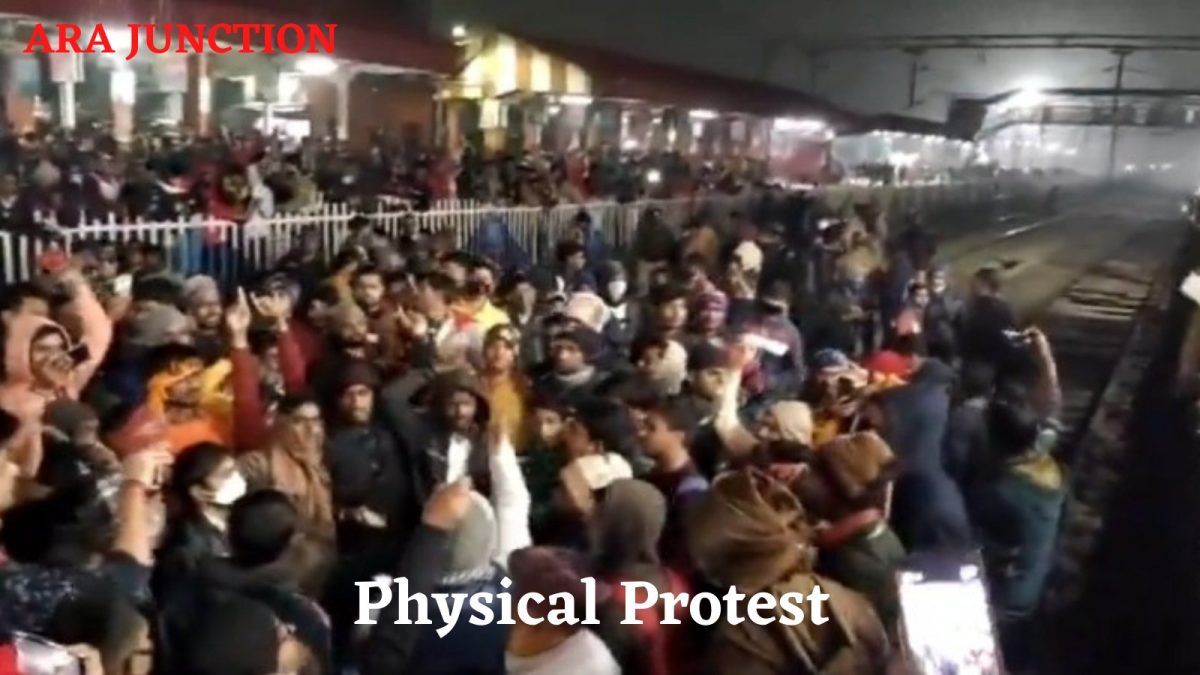 Ground Report | New Delhi: RRBNTPC Students protesting against railway; Students who sat for the 2021 Non-Technical Popular Categories exam of the Railway Recruitment Board staged a protest at Bihar Sharif railway station on Tuesday alleging discrepancies in the results.

“The Railway Recruitment Board has created a discrepancy in the results of group D. Our future looks bleak now,” said a protester Ajit Kumar. “People have gathered here because the train services were interrupted for some time, but now the trains are running normally,” says Mukul Pankaj Mani, Additional SDM, Bihar Sharif.

Several RRB NTPC hopefuls have taken to Twitter and other social media alleging multiple discrepancies and “inaccurate result statements” for RRB NTPC 2021. Hashtags like “#no_cbt_2_in_group_d” and “#RRBNTPC” have been trending on social media today.

The second stage of the RRB NTPC CBT 2 2022 exam consists of a computer-based test (CBT) of five different levels and in which a candidate can be selected for more than one level based on eligibility, merit and election, depending on the release. So, in the list of seven lakh roll numbers, some names will appear in more than one list.