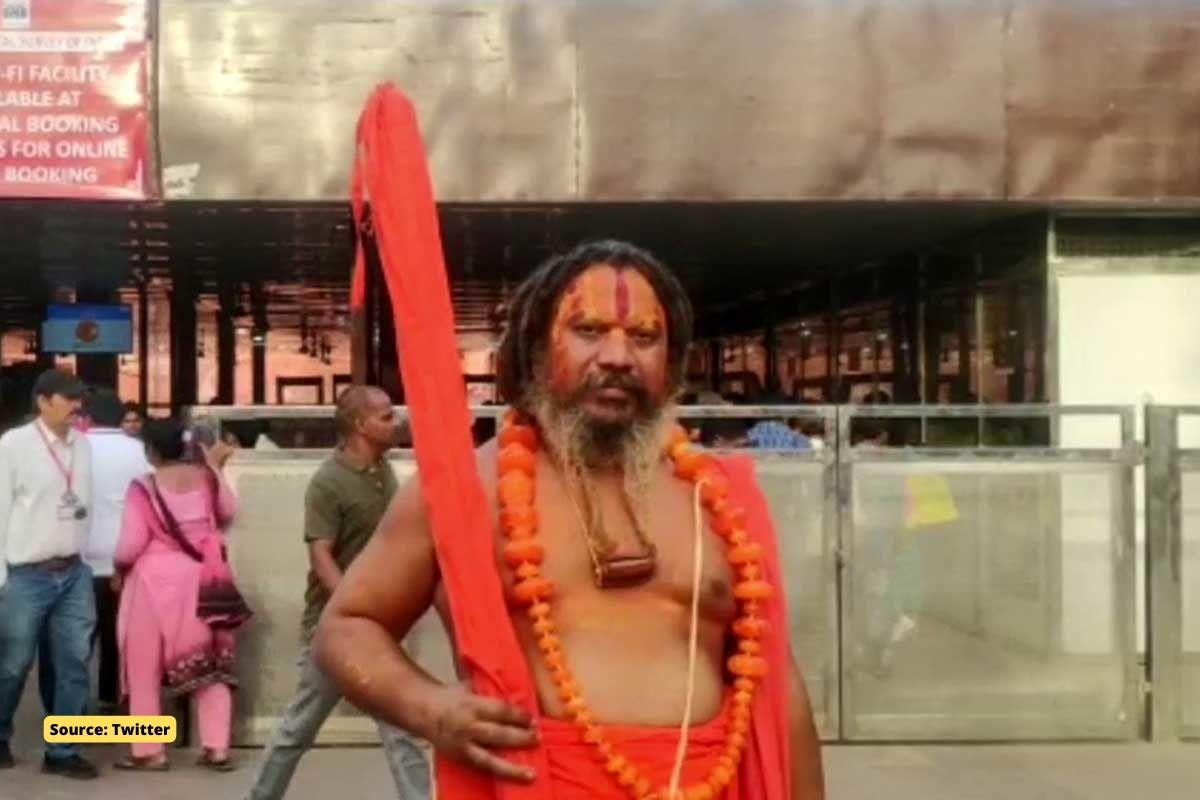 The displacement of the Goddess Chamunda Devi temple located at the Agra railway station in Uttar Pradesh has become a new headache for the Railways. The administration fears that removing it could worsen the ‘law and order situation.

According to the newspaper report, the Railways say that the Maa Chamunda Devi temple was built by encroaching on platform number one of the Rajamandi railway station in the city of Agra.

The railway authorities have insisted that a small part of the platform is left between the wall that limits the temple and the trains, which endangers the safety of passengers at the station that is frequented by crowded local trains.

On Monday, Agra Division Railway Manager Anand Swarup made a tweet from his official Twitter account, according to which, the area of ​​the temple is 1716 square meters and of this, 72 square meters of illegal construction have took place on platform number one.

He said: “This creates problems for passengers to get on and off the train. It is also dangerous for their safety. The division has received complaints from many people about it.”

Earlier, on April 12, the railways had posted a notice on the wall of the temple, giving the temple priest and the caretakers of the temple 10 days to eliminate the invasion.

After this, on April 26 and 27, the temple priest, Visheshvaranand Maharaj, along with some of his sages and saints, met with the Agra railway officials and threatened them with protest.

Pujari told media in Agra: “If someone tries to damage the temple, there will be a big public order problem. We know how to deal with those who attack the temple. They have to go to the railway station somewhere else.” Let me take you.”

Anand Swarup had said: “If the temple cannot be removed, we will close the station because we cannot put the lives of the passengers at risk.”

The Telegraph quoted a senior district official as saying: “Because the BJP government and Mahant are the chief minister, these people are not supporting the position of the railways.”

However, when the newspaper contacted the BJP leader in Lucknow regarding this issue, he said that the party does not want to comment on the controversy.

Citing railway sources, the newspaper writes that 23 trains, carrying more than 10,000 passengers, stop at Rajamandi station every day. The railway earns three lakh rupees every day from this station.

Paramhans Das said that the Taj Mahal is a Shiva temple and that he had come to see it. But the security personnel did not allow him to enter. In this case, ASI Superintendent Archaeologist Rajkumar Patel said the rules are set for entering the Taj Mahal. The saint wanted to carry an iron bar inside him, so it was forbidden. There was no restriction on his entrance. A request was made to place the Brahmadand on the door, but he did not agree.