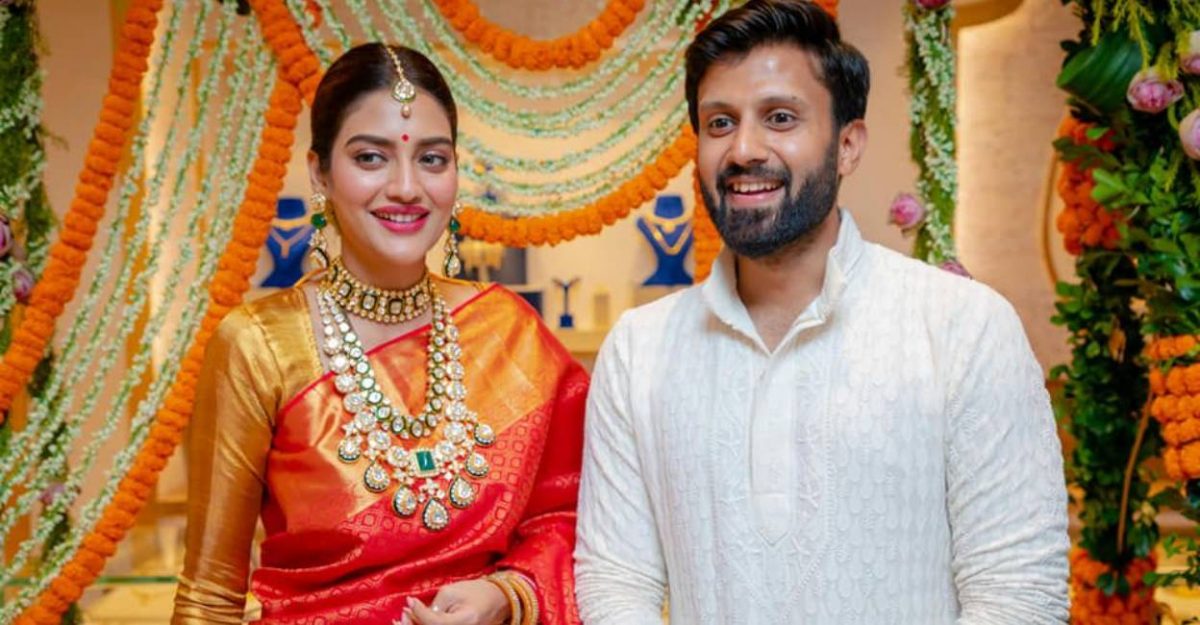 “Our separation happened long back, but I did not speak about it as I intended to keep my private life to myself,” she stated.

Ground Report | New Delhi: Actress turned politician Nusrat Jahan has broken her silence over her marital relationship with businessman Nikhil Jain and called her marriage invalid in India. TMC Loksabha MP Nusrat Jahan finally announced her separation from her husband Nikhil Jain and came up with her seven-point Statement on Wednesday. She said that the couple has got separated long back and claimed that her marriage is not valid in India.

She said in her statement “Being on foreign land, as per Turkish Marriage Regulation, the ceremony is invalid. Moreover, since it was an interfaith marriage, it requires validation under the Special Marriage Act in India, which did not happen. As per the court of law, it is not a Marriage, but a relationship or a live-in relationship. Thus, the question of divorce does not arise.”

Why did Nusrat Jahan release this statement?

This statement came after a week when a mysterious Instagram post surfaced, claiming that Nusrat Jahan is expecting a child. She is six months pregnant, according to Bengali news websites, and her estranged husband is reportedly ignorant of it. Though Nusrat’s marriage with Nikhil Jain has always been in controversy as they had done an inter-caste marriage.

TMC’s well-known face Nusarat Jahan got married to businessman Nikhil Jain in 2019 in a destination wedding ceremony that was organized in Turkey.  She faced various trolling and criticism for following Hindu rituals as she belongs to a Muslim background. Though every time Nusarat had given a befitting reply to her critics and shut them up.

What are the accusations made by Nusarat in her Statement about her husband and his family ?

Nusrat in her statement accused her husband of mishandling her money and accessing her bank account without her consent even after the separation. She stated, “The one who claims to be “rich” and “been used by me” has been taking money from my Account by accessing my Bank Accounts illegally and by illegitimate means at odd-hours of the night, even post-separation. I have already taken this up with the concerned Banking Authority and a Police Complaint shall be filed shortly.”

Also Read:  Tradition in Gujarat where Bride first marry a sister of the groom

“He has also been mishandling my funds from various accounts without my knowledge and consent. I am still battling it out with the Bank & if need be, would release proof of the same.”She added.

Nikhil Jain, had sent her a divorce notice in February 2021

She also accused her in-laws of illegally holding her belongings including clothes, bags, and jewelry.” my belongings, including my Clothes, Bags, and Accessories still remain with them. I am disheartened and disappointed to state that all my family jewelry, given to me by my parents, friends, and extended family, including my own hard-earned assets has been illegally held back by them.” she said.

ALSO READ: SAFFRON: HOW THE WORLD’S MOST EXPENSIVE SPICE IS DISAPPEARING

Moreover, there have been rumours about her romances with co-star Yash Dasgupta since January 2021. There were rumours that Nusrat’s husband, Nikhil Jain, had sent her a divorce notice in February 2021. Nusrat, on the other hand, stated that she had never received such notice. But now she has confirmed that their separation took place long back and it was not marriage as per Indian law. She was in a live-in relationship with Nikhil.

However, in her parliamentary documents, she has written her status married and also named her as ” Nusarat Jahan Ruhi Jain”. Now Nusarat has deleted all the photos of Nikhil from her Instagram post as well.