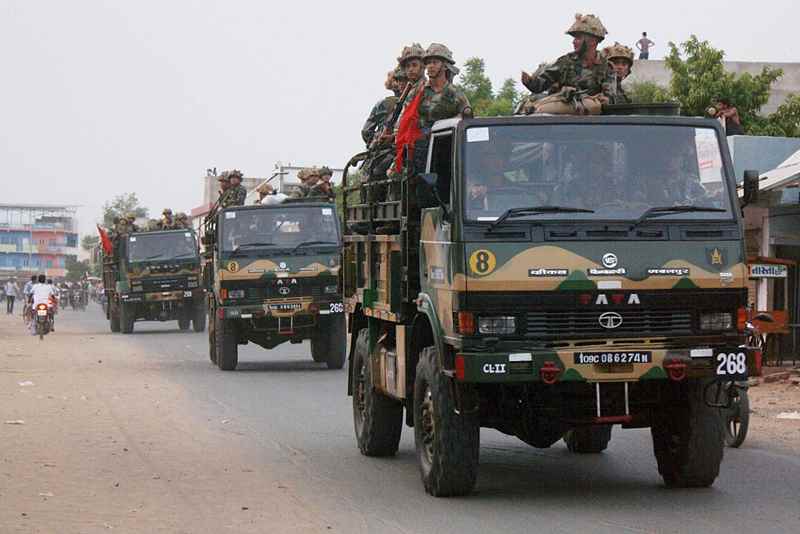 In less than a week after the Centre rushed 10,000 troops to Jammu and Kashmir, the government on Thursday is said to deploy another 25,000 paramilitary personnel, reports said on Thursday.

According to reports, the additional troops started arriving in the state on Thursday morning and are being deployed in various parts.

The two massive troops deployment has fueled speculations in Kashmir, the report said.

Kashmir is currently under the President’s rule and there is no elected government in the state.

The Centre had last week decided to deploy an additional 10,000 troops (around 100 companies) in Kashmir Valley, a move Home Ministry officials said was aimed at strengthening “counter-insurgent grid” as well as maintaining law and order.

The decision on last Saturday came after National Security Advisor (NSA) Ajit Doval returned from a two-day visit to the Kashmir Valley, during which he reviewed the law and order situation in the state.

Doval, during his two-day visit to the state, met senior state government officials and top Army commanders who briefed him about the ground situation there. Dilbag Singh, the Director-General of Jammu and Kashmir Police, had earlier, too, requested for the deployment of additional central Para-military troops to maintain the law and order situation in the state.

The move was criticised by both the National Conference and PDP.

Former J&K chief minister and PDP leader Mehbooba Mufti said the Centre’s move to deploy additional troops will create an environment of fear among the residents.

“Centre’s decision to deploy additional 10,000 troops to the valley has created fear psychosis amongst people. There is no dearth of security forces in Kashmir. J&K is a political problem which won’t be solved by military means. GOI needs to rethink & overhaul its policy,” the PDP leader said.

Omar Abdullah, another former Chief Minister of the state, while tweeting a government order where “special law & order duties” were mentioned said “the BJP & the government need to coordinate better instead of lying.”

The fresh deployment of troops comes amid a meeting between Omar Abdullah, his father Farooq Abdullah and Prime Minister Narendra Modi. 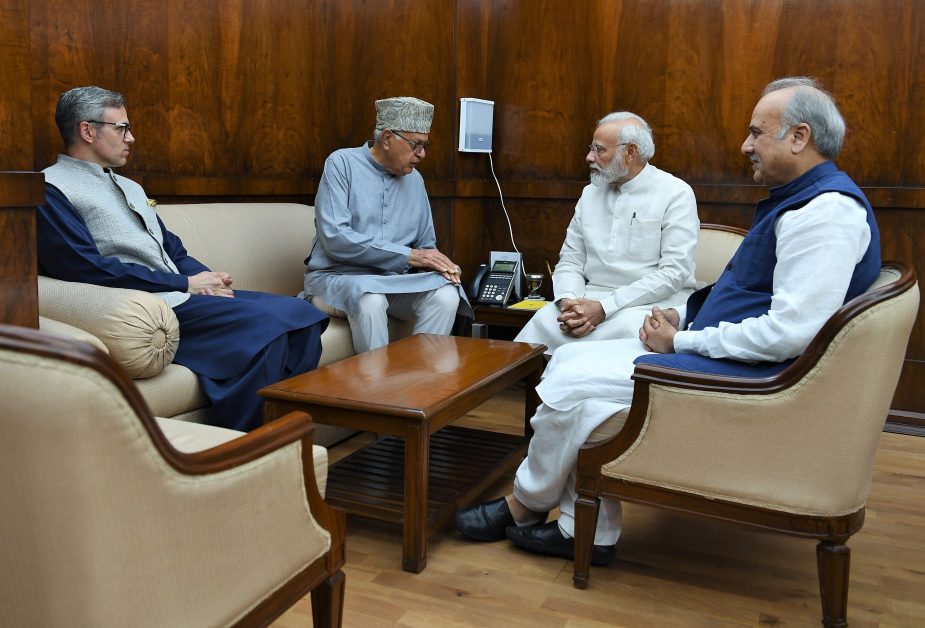 “I accompanied @JKNC_ President Dr Farooq Abdullah Sb & Hon MP Justice Masoodi Sb (Former Jammu and Kashmir High Court Judge and NC Lok Sabha MP) to a meeting with Hon @PMOIndia this morning. During the course of the meeting we briefed Modi Sb about our assessment of the current situation in the state,” Omar Abdullah said in a tweet on Thursday.

“We requested him that no precipitous steps of any sort should be taken that may result in situation in the state, particularly the valley, worsening. We specifically asked him to let subjudice matters be settled by the courts & other matters be settled by an elected government,” he added.

“Dr Abdullah Sb reminded the Hon PM that J&K has been without an elected government for well over a year now and requested him to take all necessary steps to facilitate the @ECISVEEP’s conduct of assembly polls before the onset of winter,” the former CM further said.

He said the meeting took place in a very cordial atmosphere thanked the Prime Minister.

What is Article 35A?

Article 35A gives special rights to the Jammu and Kashmir’s permanent residents. It disallows people from outside the state from buying or owning immovable property there, settle permanently, or avail themselves of state-sponsored scholarship schemes. It also forbids the J-K government from hiring people who are non-permanent residents.

– Article 35A allows the state to grant special privileges and rights to its ‘permanent residents’, to the exclusion of others living in the state of Jammu and Kashmir.

Article 370 of the Constitution grants special status to Jammu and Kashmir, while Article 35A empowers the state legislature to define the state’s “permanent residents” and their special rights and privileges.

What is the controversy?

The provision in Article 35A that grants special rights and privileges to permanent citizens appears in the Constitution as an “appendix”, and not as an amendment.

According to the NGO, Article 35A should be held “unconstitutional” as the President could not have “amended the Constitution” by way of the 1954 order, and that it was only supposed to be a “temporary provision”. The Article was never presented before Parliament, and came into effect immediately.

What are main provisions in Article 35A?

Why to remove article 35A is in demand?

The first argument to remove it is that it was not implemented through parliament. That is Article 35A is void because the Nehru government did not place it before Parliament for discussion.

Many refugees from Pakistan came to India during the partition of the country. Among them, lakhs of refugees are living in the state of Jammu and Kashmir and they have been given citizenship there.
Jammu and Kashmir Government, through article 35A denied Permanent Certificate to mostly 80% of the people who are backward and belongs to the Dalit Hindu community.

Further, a writ petition filed by NGO We the citizen’s challenges the validity of both Articles 35A and Article 370. The petition said that Article 35A is against the “very spirit of oneness of India” as it creates a “class within a class of Indian citizens”.

Another petition was filed by Jammu and Kashmir native Charu Wali Khanna has challenged Article 35A for protecting certain provisions of the Jammu and Kashmir Constitution, which restrict the basic right to property if a native woman marries a man not holding a permanent resident certificate. Even her children will also be denied a permanent resident certificate.