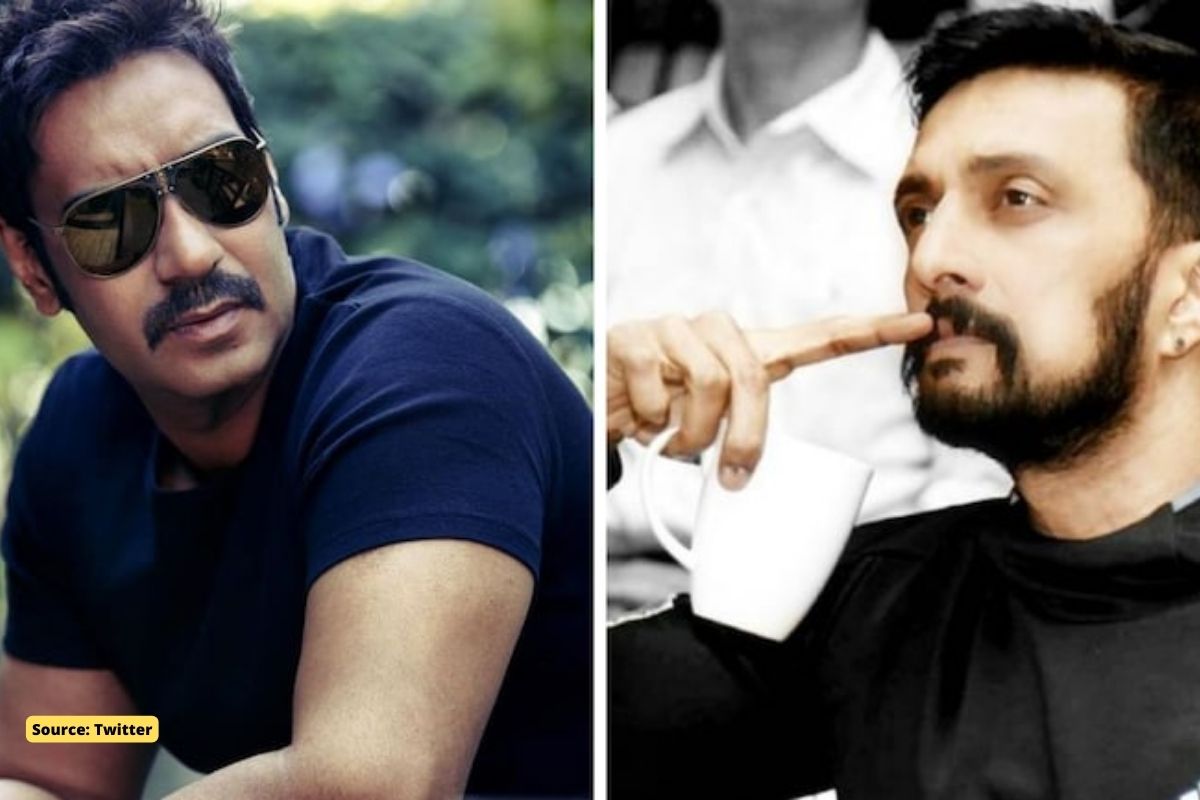 KGF Chapter 2, actor Kiccha Sudeep recently said that “Hindi is no longer a national language”, Now, Bollywood actor Ajay Devgn has reacted to the comment made by the Kannada star.

After Ajay Devgan’s tweet, Kiccha Sudeep’s team has given a clarification. Sudeep’s team said, ‘Ajay Devgan did not know in what context the statement of the actor was given. Now Ajay has been told about it, he understands. This is what we are ending this matter with.

At the trailer launch of ‘R: The Deadliest Gangster Ever’, Kichha Sudeep said that he said that Hindi is no longer the national language and this statement has caught the light of the controversy. However, regional audiences are also praising him for speaking the right words.

Kiccha Sudeep, while talking about the success of KGF Chapter 2, said, “You said a pan India film was made in Kannada. I want to make a small correction in this. Hindi is no longer the national language. Still making pan India films in Bollywood, but she is not doing so well in Tamil and Telugu. Whatever films we are making are being liked all over the world.

Shortly after Ajay Devgn’s tweets, Kiccha replied “And sir @ajaydevgn I did understand the txt you sent in hindi. Tats only coz we all have respected, loved and learnt hindi. No offense sir,,,but was wondering what’d the situation be if my response was typed in kannada.!! Don’t we too belong to India sir (sic),” Sudeep said in another tweet.

Ajay Devgan then wrote in the next tweet, ‘”Hi @KicchaSudeep, You are a friend. thanks for clearing up the misunderstanding.  I’ve always thought of the film industry as one.  We respect all languages and we expect everyone to respect our language as well. Perhaps, something was lost in translation,”

To this Kichha replied, “Translation & interpretations are perspectives sir. Tats the reason not reacting wothout knowing the complete matter,,,matters.:) I don’t blame you @ajaydevgn sir. Perhaps it would have been a happy moment if i had received a tweet from u for a creative reason. Luv&Regards (sic),”