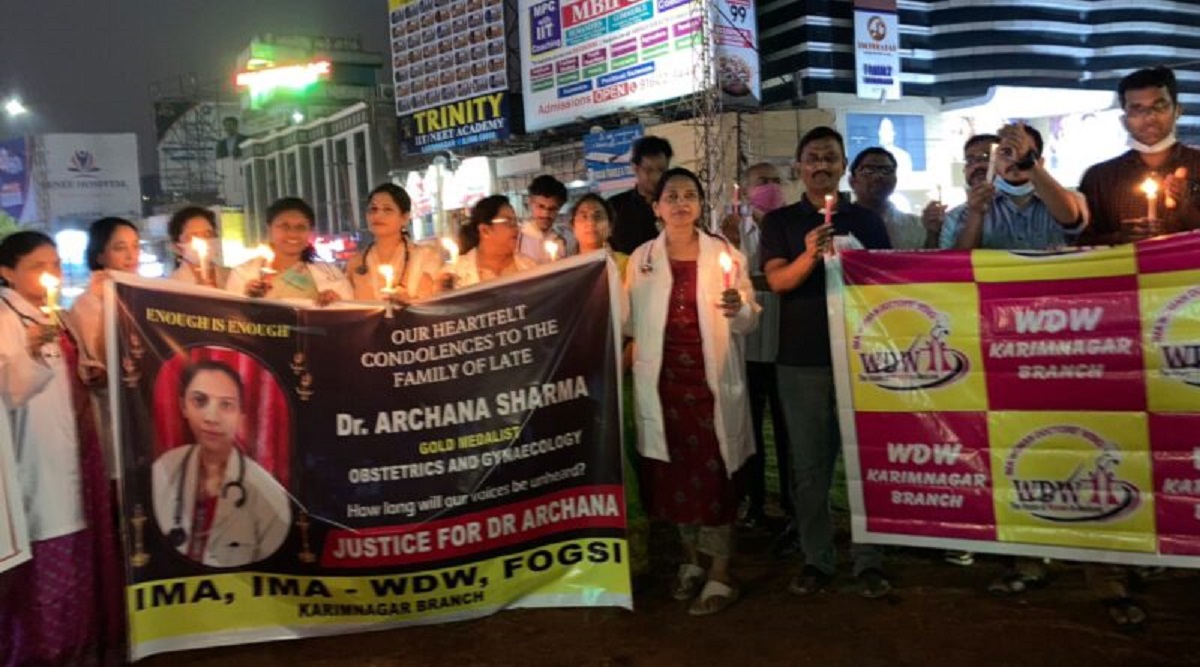 Ground Report | New Delhi: Why Justice For Dr Archana is trending; A gynaecologist at a private hospital committed suicide in Dausa after an FIR was filed against her under IPC Article 302 (Murder).

The incident took place on Tuesday, a day after the FIR was filed against Dr. Archana Sharma, 42.

According to the information, a 22-year-old woman was brought to her hospital in labor pain on Sunday night. The patient’s condition reportedly worsened due to excessive bleeding, after which she died. Alleging negligence, the relatives of the deceased filed a lawsuit on Tuesday for article 302 against the doctor and she was booked.

She stated in her suicide note that the patient died during a routine operation. State doctors were outraged by the suicide and called a protest in all private hospitals in Jaipur.

“I love my husband and children. Please don’t harass them after my death. I didn’t do anything wrong. I didn’t kill anyone. Stop harassing doctors for PPH, which is a known complication. Maybe my death will prove my innocence,” read the suicide note left by the late doctor.

“DO NOT HARASS INNOCENT DOCTORS…Please,” the doctor urged in her note.

Love U Please do not let my children feel the lack of a mother, ”added the doctor in her note.

The Rajasthan Medical College Teachers Association and the Jaipur Resident Doctors Association have called for those responsible for the alleged incitement to suicide to be brought to justice. #Jaipurgynaecologistsuicide #DrArchanaSharma #Rajasthan.

“Dr. Archana Sharma, a senior physician, committed suicide by writing this suicide note when the police directly filed a case under Section 302 Murder without any investigation after the death of a woman due to a maternal complication (PPH) during childbirth in Dausa, Rajasthan”. another doctor wrote on Twitter.

Mentioning that PPH is a known complication, another doctor wrote, “We were taught that postpartum PPH is an unfortunate and complex condition that can be life threatening, today we are ashamed Dr Archana.” (Why Justice For Dr Archana is trending)