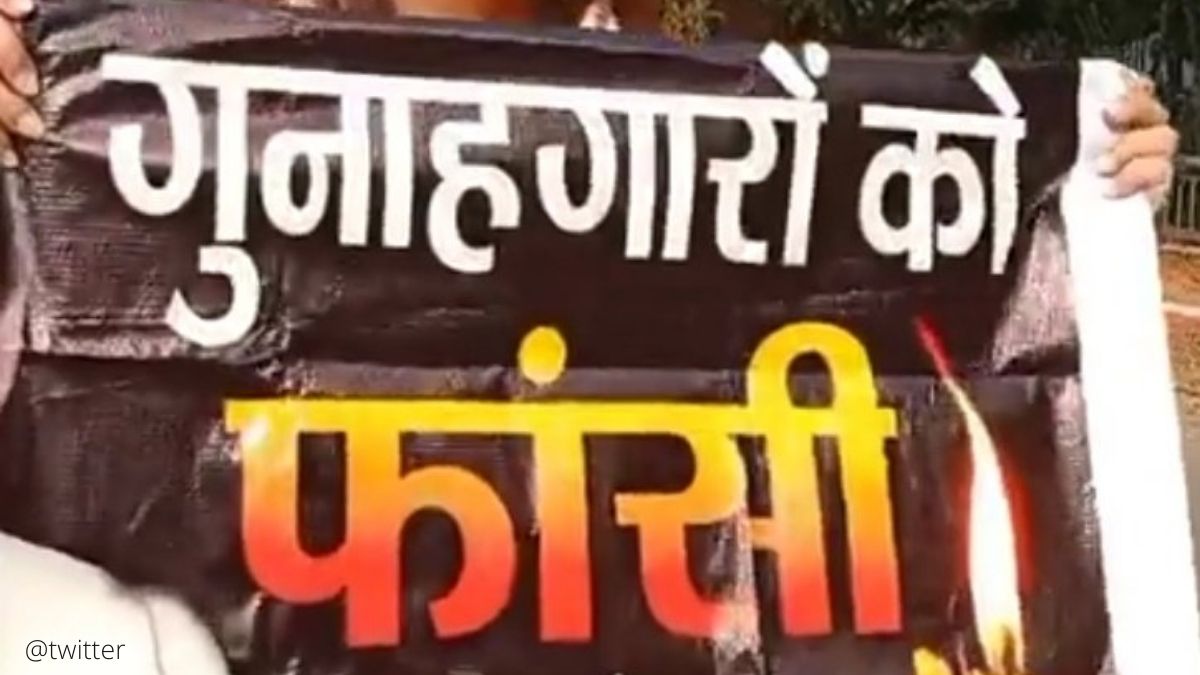 Ground Report | New Delhi: An 8-year-old girl was kidnapped, allegedly gang-raped and killed in Banka district last week. Her naked body was recovered from a trench near the railway tracks. Now Justice For Banka Girl is trending on social media.

Yogita Bhayana, well-known anti-rape activist and founder of People Against Rapes In India, was accompanied by relatives of the rape victim from the Banka district. They were all standing in the sun outside the Chief Minister’s residence in Patna and talking about meeting with the CM and calling for justice.

Then the CM convoy left there but no one heard it. During this, the police officers present misbehaved with Yogita Bhayana and the relatives of the rape victim. They were dragged and forcibly taken to the police station and locked up.

However, police have behaved indecently towards Yogita Bhayana, who came to Patna from Delhi to speak out against the cruelty of an eight-year-old girl in Chandan.

Yogita was stopped by the policemen with the Justice for Banka Girl poster in her hand and was told that she is a woman, she lives as a woman. Yogita asked about this that they should now tell how women live in Bihar.

Yogita Bhayana, who spoke out against rape, was forced to sit in a police jeep while she pushed. He himself shared the full video of this case on his Twitter account. The police arrested them and took them to the Secretariat police station. Yogita tweeted and wrote: ‘I was arrested and held at the Patna Secretariat Police Station along with the Banka victim’s family. Is it also a crime to take time from the Chief Minister?