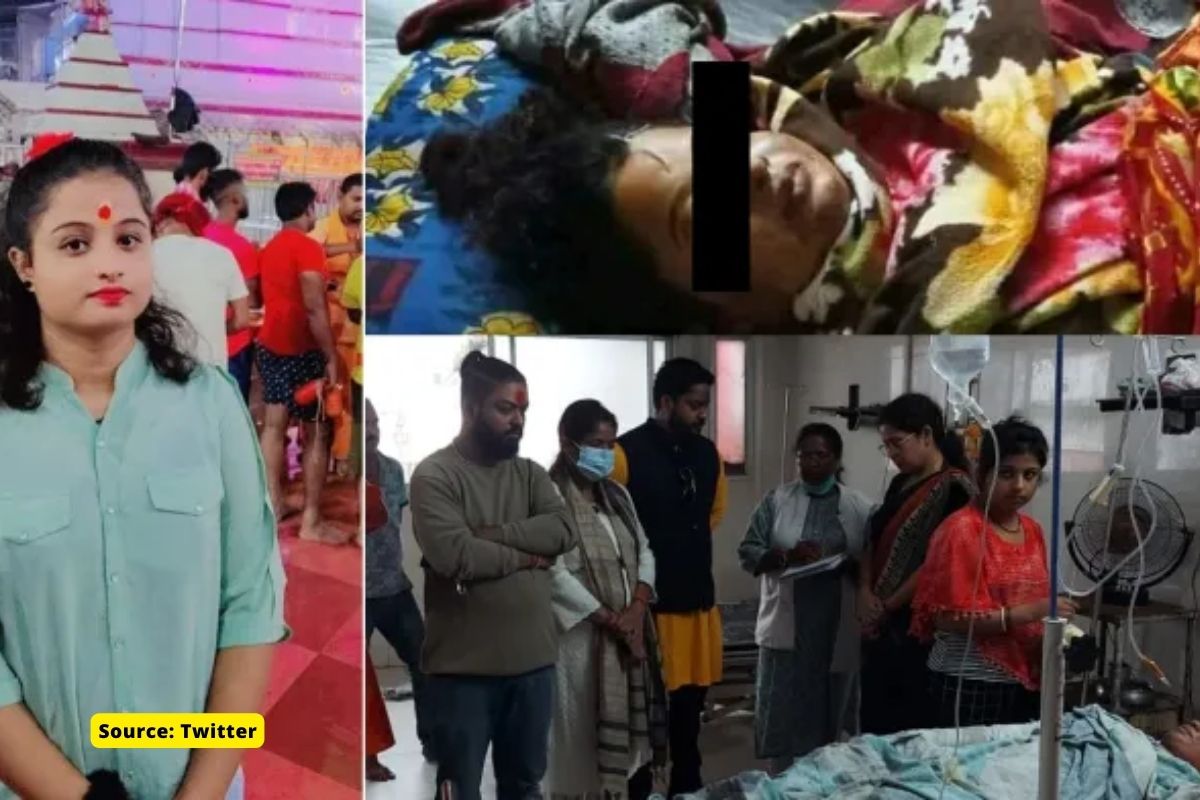 Ankita Kumari, who was being treated at a hospital in Jharkhand after a neighbour named Shahrukh Hussain poured gasoline on her and set her on fire four days ago, died in the hospital on Sunday.

A Twitter user shared some photos of Ankita and said: “Ankita, a girl from Jharkhand who was poured gasoline and set on fire by her neighbour Shahrukh, died last night. Her father, Sanjeev Singh, said that Ankita breathed her last at 2:30 p.m. At night, she would ask: ‘Tell me honestly if I will survive or not.’

The young defendant had attacked Ankita, a girl from class 12th after she rejected his advances. The incident took place in the Jaruadih town of the Dumka district city police station area of ​​Jharkhand. The police arrested the accused.

According to the media reports, Shahrukh, who lives in the neighbourhood, continually harassed Ankita. She had managed to get her phone number from somewhere on her side and started forcing her to be friends with him. It is alleged that when Ankita disagreed and berated him, Shahrukh lost his cool and threatened to kill her.

The defendant poured gasoline on the girl while she was sleeping and until she could understand what was happening, he lit a match and set it on fire. The girl suffered 90% burns and was admitted to the Phoolo Jhano Medical College Hospital (FJMCH). Later, she was referred to the Rajendra Institute of Medical Sciences (RIMS) in Ranchi, where she succumbed.

According to her statement before an executive judge, the woman would have said that her defendant called her cell phone about 10 days ago urging her to become her friend. She “called me back around 8 p.m. m. Monday and she told me that she would kill me if I didn’t talk to him. I informed my father about the threat, after which he assured me that he would speak to the man’s family on Tuesday. having dinner, we went to sleep, I was sleeping in another room.

At the hospital, Ankita named Shahrukh as the culprit. After taking statements from Ankita and her relatives, the police arrested Shahrukh the same day. Initially, she was taken to Phoolo Jhano Medical College Hospital in Dhumka, and then transferred to RIMS in Ranchi, as she was in critical condition.

The incident caused an uproar throughout the Dumka district. Hindu organizations have called protest marches and bandhs, with many demanding that Shahrukh be hanged after a speedy trial in court.