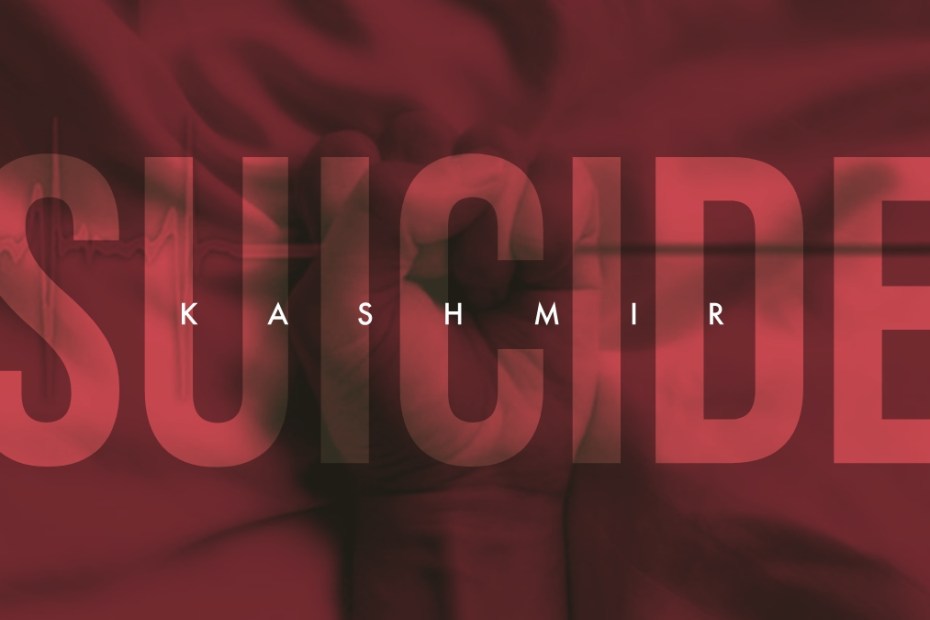 Ground Report | New Delhi: Why is the suicide rate rising; Over 500 suicide cases have been reported from different areas of the Valley in the past one year at Shri Maharaja Hari Singh (SMHS) Hospital in Srinagar, officials said. The official said that most of the cases reported in the hospital are those who have consumed toxic substances.

Officials said that a total of 515 people brought to this hospital for the past one year had consumed poisonous substances, of which 172 are males while 343 are females.

Why is the suicide rate rising

Nearly 24,000 men and women, mostly youths, have attempted suicide in Kashmir over the past 17 years. About 3,000 of them have been successful. Shockingly, most of them were between 16 and 25 years of age. These figures point to a psychological catastrophe in the conflict-torn Kashmir Valley.

ALSO READ: Srinagar conversion Row: Muslim man says will fight to get my wife back

Nearly 24,000 men and women, mostly young, have attempted suicide in the last 17 years in Kashmir. Of them, about 3,000 have been successful. Shockingly, most of them were between the age of 16 and 25. The figures point to a psychological catastrophe in the conflict-ridden Kashmir Valley.

Officials further said that at least 15 cases of suicide by jumping into water bodies have been reported in the hospital since April 2021. Meanwhile, experts said that parents can play an important role in curbing the number of cases.

Suicides in Kashmir are very high

A doctor at SMHS hospital said, “Persistent conflict between parents can affect a child’s mental health. It hinders the emotional and psychological growth of a child and can impact their ability to form future relationships.”

“In extreme cases, they may develop suicidal feelings.” (Why is the suicide rate rising)

“If we compare Kashmir to western societies the rate is less, but among Muslim societies, the suicides in Kashmir are very high -the highest, she says. The reasons are turmoil, modernization, unemployment, business failures, etc,” she says. Suicide is haram-prohibited in Islam.

ALSO READ: More than 83 thousand people die every year due to extreme heat in India

The psychological, social, and financial impact of suicide on the family and society is immeasurable. Jammu and Kashmir are grappling with a range of issues ranging from militancy to illiteracy to unemployment and other health-related issues and hence, less priority is given to suicide in the competition of fewer resources.

While killing oneself is not a solution, efforts need to be made to curb the numbers, he added, adding that parents can play an important role in the matter. “We should talk to people facing mental problems and help them come out of such a situation,” he said.

According to studies, 79 percent of the urban and rural population in the Valley suffers from depression. Anxiety, stress and depression are some of the factors that contribute to suicide. Suicide is also more prevalent among adolescents and youth, especially among women.

You can connect with Ground Report on Facebook, Twitter, and Whatsapp. And mail us at GReport2018@gmail.com to send us your suggestions and writeups.