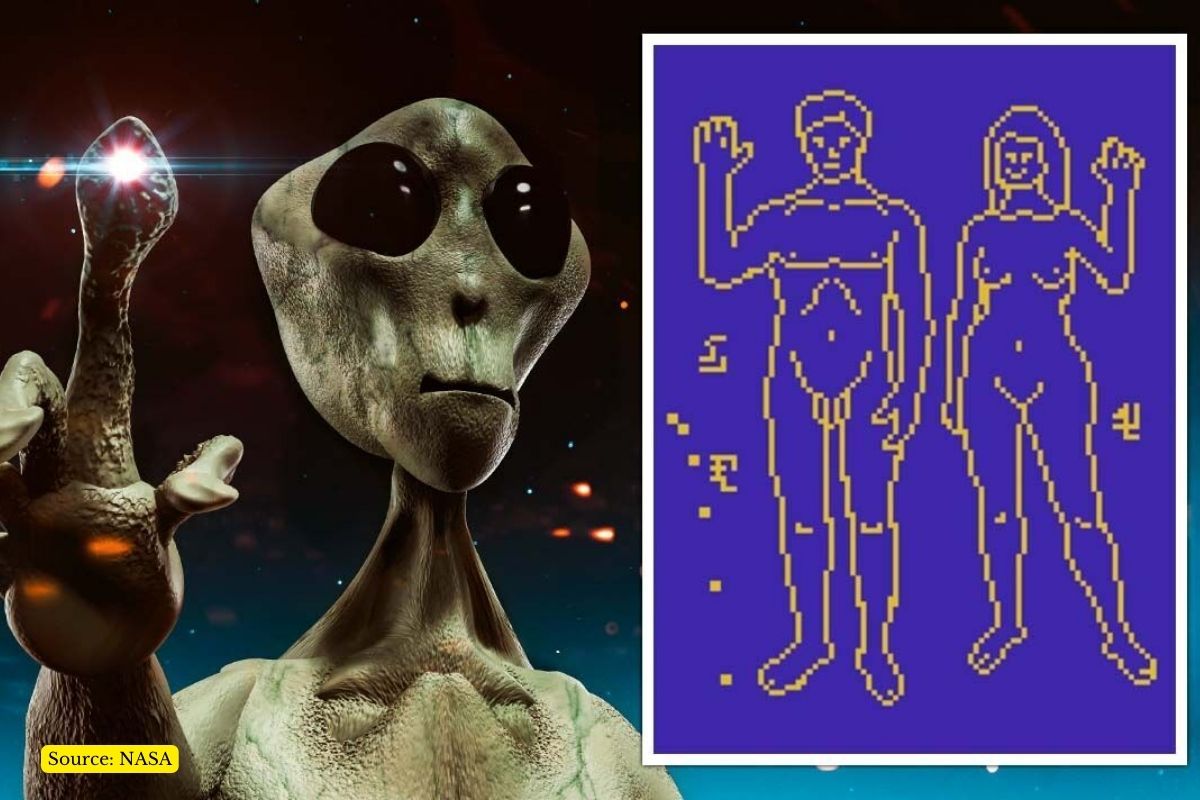 Is there life outside planet Earth? Do aliens exist? Do you know humans? All these questions haunted anyone’s head at some point in his life. Not everyone has the tools to find out, but some do. Those are, for example, NASA scientists who want to attract aliens to our world, if they exist. And one of his ideas to do it was to send nudes into space along with an invitation.

The initiative does not plan to send naked people or even photos of them, but rather drawings of the human body — a man and a woman — along with a representation of the DNA. The invitation to respond will be encrypted in an updated binary code message that can be sent into space.

In an attempt to make the invitation more interesting —because it is friendly and not aesthetic—, the drawn humans are greeting a possible extraterrestrial recipient.

He surmised that the aliens might not be too thrilled to receive such a message from Earth. More specifically, he took issue with the type of nude photos NASA sends.

“The aliens are going to be really upset that they activated the airdrop for everyone in the galaxy. But also, but also if you’re going to send nudes, why would you send these nudes? Let me tell you something, man. If I were an alien, no way would I come to this planet,” he said. “If someone sent me these nudes and said, ‘Hey you,’ I’d say, ‘I’m in a coma. I will never get up again. I mean, look at this thing. It looks like you’re sexting an Atari.”

He continued, “Maybe if I was like a 13-year-old alien I could make that work… If we want aliens to be interested, don’t send them an Etch-a-Sketch drawing, send them OnlyFans coupons.”

The initiative revealed by NASA along with the image is part of a project called ‘Beacon in the Galaxy’ (BITG). The main goal of the BITG project is to send a message to any extraterrestrial civilization that might be out there.

The plates are attached to the antennas of the ships, which still sail far from Earth to this day. Pioneer 10 sent its last signal to Earth in January 2003 from a distance of 7.6 billion miles, well beyond the outer reaches of the solar system.

Everything is binary coded because scientists believe aliens are more likely to understand a message that way. “Although the concept of mathematics in human terms is potentially unrecognizable to extraterrestrial intelligence, the binary is likely to be universal among intelligence,” they explained in their study. “Binary is the simplest form of mathematics, as it involves only two opposite states: zero and one, yes or no, black or white, mass or empty space,” the BITG project members added.

“The proposed message includes basic mathematical and physical concepts to establish a universal means of communication followed by information on the biochemical composition of life on Earth, the time-stamped position of the Solar System in the Milky Way in relation to globular clusters known, as well as digitized representations of the Solar System and the surface of the Earth”, they concluded.

As additional data, the message sent by NASA also proposes an attempt to represent gravity, and the message to be sent is encoded in “updated binary” language, while the space agency’s scientists estimate that it would be more understandable for eventual beings. who meet him, explaining that “although the concept of mathematics in human terms is potentially unrecognizable to extraterrestrial intelligence, the binary is likely to be universal across all intelligence.”

In the message announced by NASA it is also argued that “basic mathematical and physical concepts will be included to establish a universal means of communication”, and information regarding the biochemical composition of life on our planet, and other details that, according to the international media refer to the Milky Way, and its location, according to calculations with respect to other celestial bodies discovered or identified. (NASA naked images)