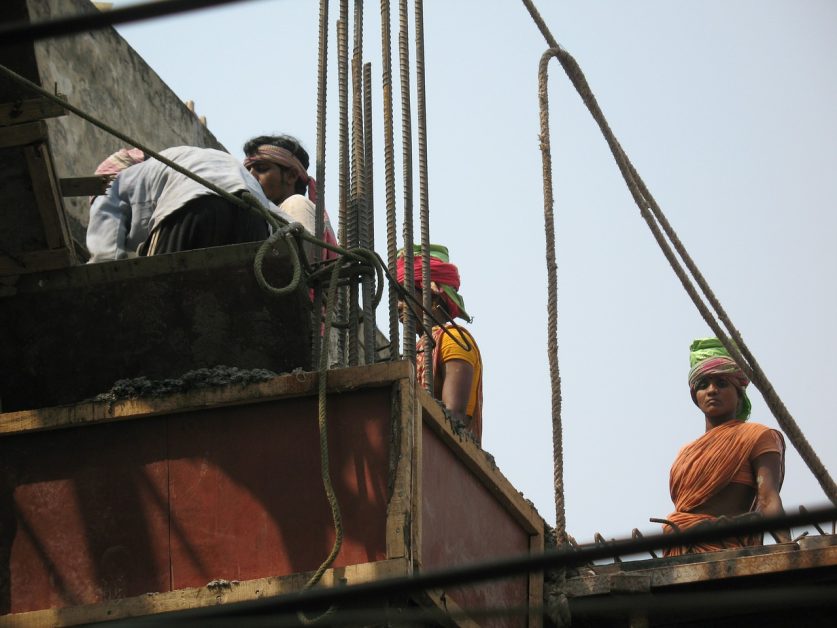 Since the imposition of the world’s harshest lockdown on March 25 in the wake of the COVID pandemic, the country has seen the most searing images of thousands of migrants trekking back to their villages and towns, driven by fear, or loss of livelihood, or both, in what could be one of the biggest displacements of humans on the planet this century. Employment fell by 114m in the following month, according to the Centre for Monitoring Indian Economy, a research firm. However employment has begun to recover, the need to create jobs has prompted several Indian states to suspend many of the country’s compendious labour laws. These strictures include over 40 central laws and about 100 state ones dictating how employers should pay workers, contribute to their pensions, guard them from injury, settle their grievances and lay them off.

The Factories Act of 1948, for example, aims to safeguard workers’ health, safety and comfort in any plant with ten or more employees. It is quaintly fastidious. In some states, the rules prescribe the frequency of whitewashing latrines (every four months) and the size of the bucket required to fight fires (nine litres). This kind of overbearing regulation is one reason why “India grows at night, while the government sleeps”, according to an adage popularized by Gurcharan Das, an author.

Apart from offering some degree of flexibility on government permissions for retrenchment, the most important aspect of the Bill is that it presents the legal framework for ushering in the concept of ‘fixed-term employment’ through contract workers on a pan-India basis.

The urgency of the pandemic has turned this slow march of reform into a “chaotic” scramble, says Aditya Bhattacharjea of the Delhi School of Economics. Nine states are trying to raise limits on working hours (to as many as 72 hours a week in some cases). Three big states are seeking presidential approval for more sweeping measures. Gujarat hopes to exempt new firms from most labour laws for 1,200 days; Uttar Pradesh wants to exempt all manufacturers for three years. In Madhya Pradesh new firms will be spared many provisions of the Industrial Disputes Act, including its ban on union-busting, for 1,000 days. And most small firms (with up to 50 workers) will be able to hire an independent auditor to certify their compliance with the Factories Act, without having to endure a government inspection.

Will the reforms work, though? Sceptics raise an obvious objection. If India’s workers are so well protected by the country’s cumbersome laws, why did over 100m lose their jobs in a single month? This misses the point: it is because India’s labour laws are so onerous that firms try to escape them by remaining small and shadowy. (Firms are also hiring more people through temporary-employment agencies, many of which disappeared during the lockdown, leaving their workers in the lurch.) In 2015, Urmila Chatterjee of the World Bank and Ravi Kanbur of Cornell University found that almost 10% of manufacturing employees worked for firms that should have registered themselves under the Factories Act but had not. And about 65% worked for tiny firms that fall outside the act’s scope. Jobs are protected on paper but precarious in practice; the
paperwork may contribute to the precariousness.

According to a report published in The Economist: More recent work Amrit Amirapu of the University of Kent and Michael Gechter of Pennsylvania State University shows that there are surprisingly few firms with ten or more employees, given the number with nine or fewer. They infer that becoming big enough to fall under the purview of the Factories Act adds almost 35% to a firm’s costs per worker. But this national average masks wide variation. In some states, such as Bihar, the cost is as much as 69%. Elsewhere it is negligible. This is not because states differ greatly in their laws, but because they vary in their lawlessness. In corrupt states, dishonest inspectors demand bribes, forcing firms to stay inconspicuous. “Every business unit in Karnataka faces this agony,” complained one entrepreneur on ipaidabribe.com in 2016.

The number of state labour inspectors grew by 18% between 2017 and 2019. If employment in the rest of the economy is to rise as quickly, these inspectors will have to enforce leaner, simpler rules with more computer-aided honesty than in the past. The government cannot afford to sleep when the economy is comatose.

Written by Kumar Saurav, He is Journalism graduate from Indian Institute of Mass Communication New Delhi.