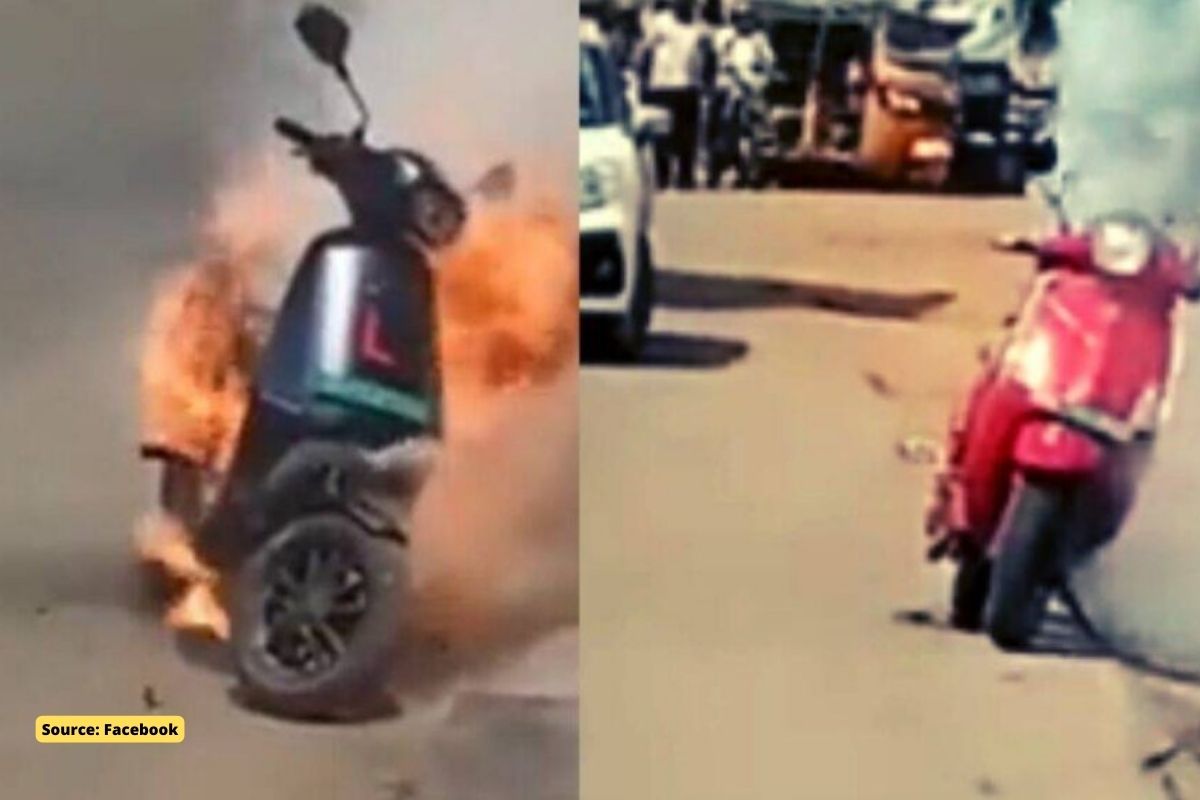 Money-saving e-scooters are now causing trouble for people. For the past few days, the incident of fire in Electric Scooters is coming to the fore. Nitin Gadkari’s Road Ministry in view of the increasing cases of fire, have forbidden EV makers to launch e-scooters this year. Know the whole matter:

Incidents of catching fire in E-scooters have been reported from several parts of the country. In the last few days, there have been 4 major incidents in which 2 people have also died. On 26 March, a man and his daughter were killed in an explosion while charging an e-scooter in Vellore, Tamil Nadu. Same from Chennai, where a person’s life was narrowly saved when his e-scooter turned into a fire. In another incident in Tamil Nadu where a man named Prithviraj himself fired his e-scooter after frustrating by its malfunction. A man from Maharashtra after thwarting the company’s services tied the electric scooter to a donkey as a way of protesting against the company. All these incidents have created a fear in people’s minds but the question arises why they are catching fire?

Why E- Scooters are catching fire?

Over the last few days, these incidents have raised the questions about e-scooter companies like Okinawa, Ola and Pure EV -to the safety issues of such vehicles, especially the batteries that power them.

Lithium-ion batteries are used in these vehicles. Due to their light and efficient weight, cellphones and smartwatches are also powered by this. However, it may pose a risk of fire when heated. A Lithium-ion battery consists of an anode, cathode, separator, electrolyte and two current collectors. The anode and cathode are situated where the lithium is stored. Following the process, the electrolyte carries positively charged lithium ions from the anode to the cathode and vice versa with the help of the separator. Free electrons in the anode create from the movement of lithium ions, which help in charging the positive current collector.

With the features of its lightweight, high energy density, ability to charge and longer lifespan, Li-on batteries are more favourable compared to other lead-acid batteries.

The actual reasons for catching fires on Ola, Okinawa and other e-scooters are still unknown but the companies said they are investigating the matter. Okinawa put clear that the fire in its scooter was due to negligence in charging the vehicle which resulted in a short circuit.

Manufacturing defects, external damage, or faults in the deployment in the BMS could also cause fire risk in batteries, according to industry experts.

Temperature is also another reason, experts said that Li-on batteries perform better in warmer temperatures but when it goes to extremely high temperatures above 90-100 degrees, they become extremely prone to catching fire.

Road Transport Minister Nitin Gadkari had forewarned EV makers to check again their faulty e-scooters and threatened to penalise them if any fault is found. Road ministry is watching the whole matter till then take security measures while running or charging your e-vehicles.