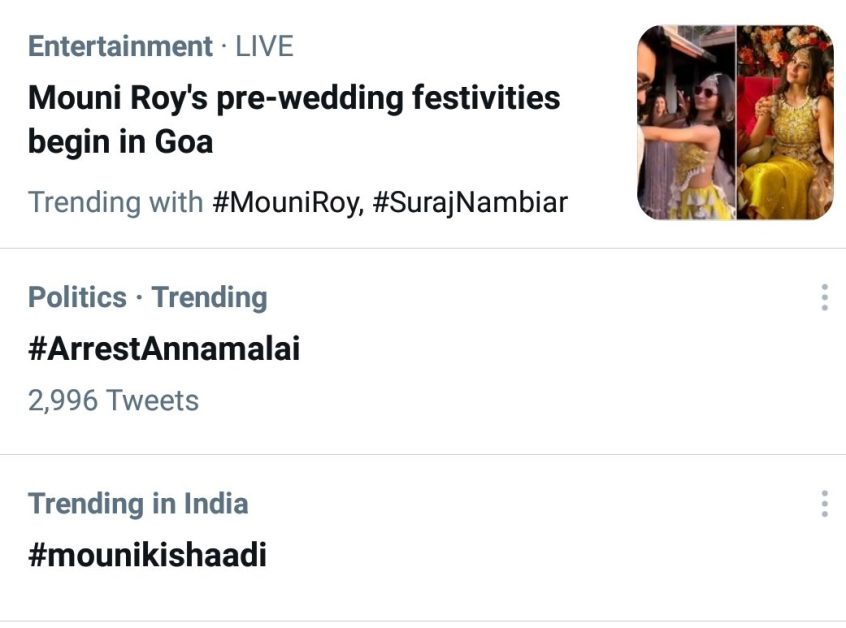 “We are not politicizing the issue. We want justice for the girl,” Annamalai said in response to School Education Minister Anbil Mahesh Poyyamozhi, who called on people not to politicize the issue. Senior BJP leaders participated in the protest. Meanwhile, in Coimbatore, members of the Hindu Munnani women’s wing covered their eyes with black cloths and held clay lamps, gathered outside the Siddhi Vinayagar temple and launched slogans against the school management demanding the government take strict action. against her.

They also held banners seeking to shut down Christian management schools in the state that are engaged in “conversion activities” and to take action against top police officials who are trying to protect the school’s administration.

In another tweet, he further said “from her forehead by anyone in school on prompting by BJP office bearer. Sources add Annamalai was well aware of the existence of this video and in in spite of it has released an edited video alleging forced religious conversion by Sacred Heart School Thirukkatruppalli.

“Annamalai could be charged for criminal conspiracy, conspiracy to create religious riot, suppression of evidence, spreading false news with an intent to create communal riot apart from offences under IT act and Juvenile Justice Act” he further wrote.

Annamalai was also aware of the 1098 child helpline distress call by the girl alleging physical harassment by the stepmother of the girl.

Seven days after a 17-year-old girl from Thanjavur in Tamil Nadu died by suicide claiming an attempt to convert her to Christianity, the demand for a Central Bureau of Investigation (CBI) investigation into the matter grew louder as local police are yet to mention the religious conversion angle in the first information report (FIR) they have filed in relation to his death.

The teenager, a student from Class 12, had consumed poison in her school’s hostel on January 9. After her health deteriorated, she was taken to a government hospital, where she stated that she took extreme measures after the hostel warden forced her to do so. clean rooms. She succumbed on January 19.

Meanwhile, a 47-second video clip showing the girl talking about a forced religious offering began to circulate on social media. In the clip, a person can be heard asking the girl if the hotel manager was harassing her because her parents had refused religious conversion. To this, the girl replied that it might be the case. (Why arrest Annamalai is trending)