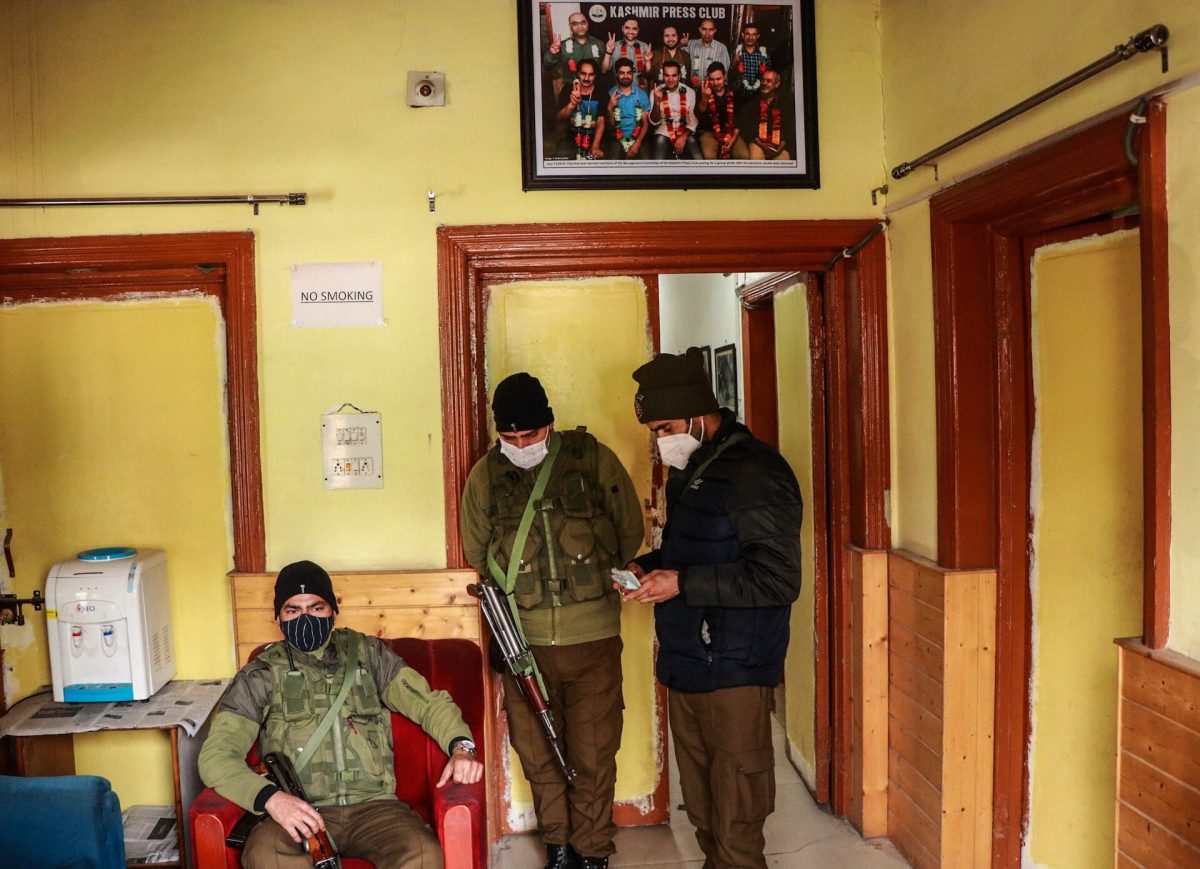 The administration had issued the re-registration of the Kashmir Press Club just two weeks ago but decided to withdraw it a day after the journalists’ body announced the conduct of the Press Club elections.

According to an order issued by the Registrar of Societies, a letter from the Additional District Magistrate, Srinagar states that the verification certificate in favor of the management of the Press Club has been withheld.

“It is informed that “non-participation/verification of character and antecedents issued on 24.12.2021 in respect of the members of the Managing Body of Kashmir Press Club has been withheld on the basis of the report received from CID” reads Order issued by Registrar of Societies.

The order said that the re-registration of KPC was issued on December 29, on the basis of verification by the Additional District Magistrate Srinagar on December 24, 2021. As per the order, the magistrate wrote a letter to the Registrar of Societies on January 5 asking it to postpone the registration.

At the same time, Journalists expressed displeasure over the “illegal and arbitrary” takeover of the Kashmir Press Club by some journalists with open support from the local administration. On January 15, the day when the administration had declared weekend lockdown in view of Covid surge, a group of journalists barged into the club office and forcibly took control of the club by keeping the office members hostage. Large number of police and paramilitary personnel were deployed beforehand for this highly condemnable and completely illegal move.

The administration, by allowing a few disgruntled elements to hoodwink the Club constitution, bylaws, and flout all norms of law, has set a wrong and dangerous precedent. The authorities had already communicated about the mandatory re-registration, which was initiated by the KPC management, but it took authorities more than six months to verify the credentials of the management body.

On 29 December, the reregistration was finally issued following that the Club decided to initiate the process of fresh elections and also announced the date. But all of a sudden a group of journalists, including some nonmembers, approached the district administration with a proposal for an “interim body” and it is followed by a communication from the government that the re-registration has been kept in abeyance. This move, in which a group of journalists self-appointed itself as an “interim body,” is uncivil, illegal, unconstitutional and without any precedence. It has been taken at a time when the process of registration is still pending before the authorities, the statement said.

The statement said “All journalist bodies are unanimous in the view that this unfortunate move by a disgruntled lot has set a dangerous precedent by forcing their way into the club office in violation of the KPC constitution and bylaws. The Press bodies have decided to take legal recourse against the perpetrators. We appeal to the press bodies across the country including the Press Council of India, Press Club of India, Federation of Press Clubs, and Editors Guild of India to take a strong note of how the local administration is supporting lawlessness and throttling a democratic media body. If such incidents are allowed to happen with a Press Club in Kashmir this can be a precedence for the future.