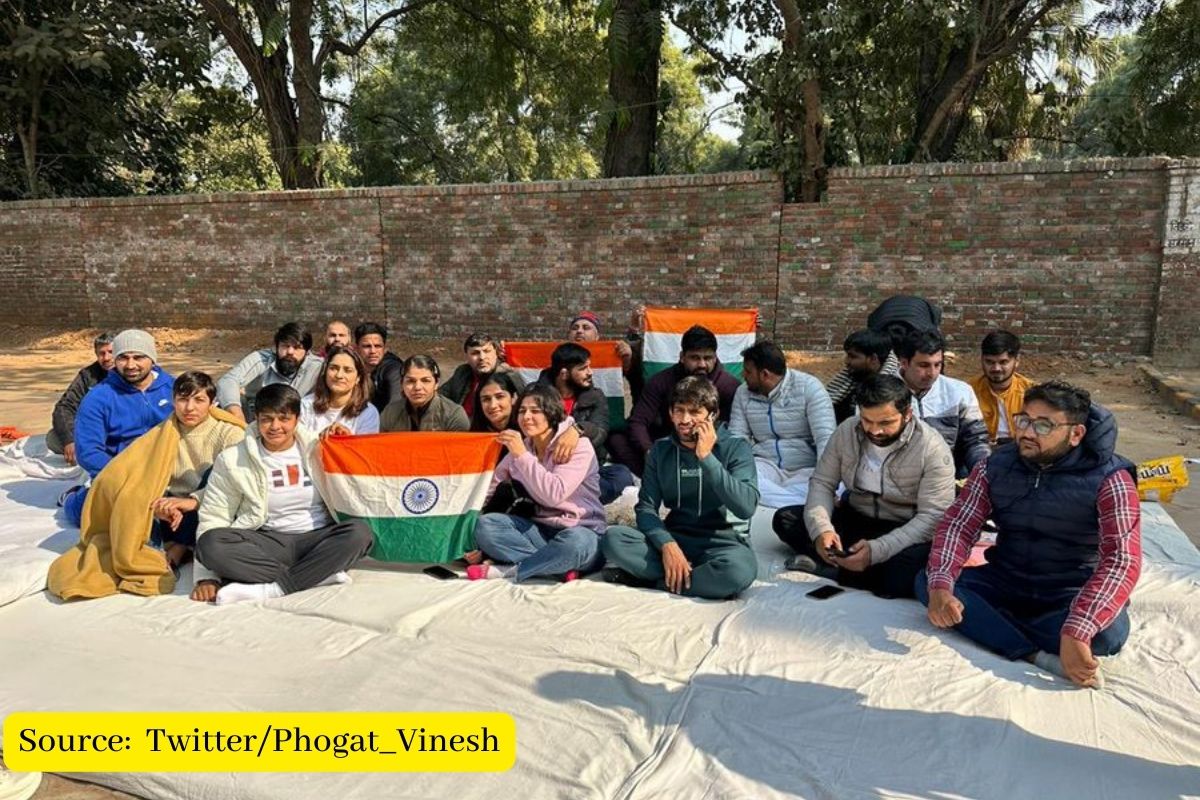 Olympic bronze medalist Bajrang took to Twitter to criticize the federation, saying players are being harassed for imposing arbitrary laws. The Wrestling Federation of India took note of the protest as its officials had gone to Jantar Mantar to meet the wrestlers.

“Sportspersons work hard to win medals for the country, but the Federation has done nothing but let us down. Players are being harassed by imposing arbitrary laws,” Bajrang Punia tweeted.

“The job of the federation is to support the players, take care of their sporting needs,” he tweeted. “If there is a problem, it has to be solved. But what if the federation itself creates the problem? Now we have to fight, we will not back down.”

“Our fight is not against the government or the Sports Authority of India (SAI). This is against WFI. We will share details later in the day. ‘Yeh ab aar paar ki ladai hai’ (It’s a fight to the end)” Bajrang Punia told PTI.

Vinesh Phogat, who is also the first Indian wrestler to win the gold medal in both the Asian Games and the Commonwealth Games, said, “The player wants self-respect and prepares for the Olympics and the big games. with all their vigour, but if the federation does not support them, morale collapses. But now we will not bow. We will fight for our rights.”

Swati Maliwal, chief of the Delhi Commission for Women, after meeting wrestlers said that we’ve sent notices to Delhi police & union sports ministry. Immediate justice should be served in this case. WFI President should be arrested & stern action should be taken against the coaches whose names have come up in the matter.

A statement issued by the ministry said taking cognizance of the protest staged by wrestlers, including Olympic and CWG medalists, in Delhi today and a press conference in which wrestlers have levelled serious charges of sexual harassment of women wrestlers by the President and coaches of the Wrestling Federation of India (WFI) and of mismanagement in the functioning of the federation, the Sports Ministry has sought an explanation from WFI and directed it to furnish a reply within the next 72 hours on the allegations made. In its communication to WFI, the Ministry has stated that “since the matter pertains to the well-being of athletes, the Ministry has taken a very serious view of the matter.”

The Ministry has further stated that if WFI fails to furnish the reply within the next 72 hours, the Ministry will proceed to initiate action against the federation in terms of the provisions of the National Sports Development Code, 2011.

Further, the Women National Wrestling Coaching camp, which was due to start in Sports Authority of India’s National Centre of Excellence (NCOE) in Lucknow from January 18, 2023 with 41 wrestlers and 13 coaches and support staff, has been cancelled. The Executive Director of NCOE Lucknow has been directed to provide all facilities to national campers who have already reported and are likely to report, till the campers depart from the centre. Necessary information regarding the cancellation of the National Coaching Camp has also been sent to all campers.