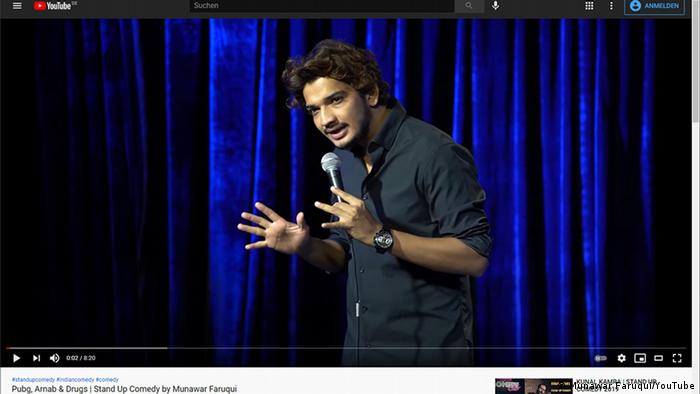 As soon as his show ended on January 1, he was arrested and then spent a month in jail. He was accused of allegedly “insulting” Hindu religious sentiments in his jokes, although he was not on the set of his show that evening. Since then, the stand-up comedian has been consistently targeted by some radical Hindu groups.

In yet another incident of religious hatred, the right-wing Bajrang Dal group attacked the sets of the web series ‘Ashram’ in Bhopal in October. The group claimed that the title of the series was ‘An attack on Hinduism’. The attackers allegedly threw ink at filmmaker Prakash Jha and assaulted another crew member.

In August, a video of a 45-year-old Muslim rickshaw puller being thrashed by a radicalized Hindu mob in Uttar Pradesh went viral on social media. A violent mob surrounded the man and forced him to chant ‘Jai Shri Ram. During this, his younger daughter was pleading for her father’s safety.

Ghazala Wahab, author of Born a Muslim: Some Truth About Islam in India, has warned that incidents of ‘low-intensity communal violence’ are rampant in India. Talking to DW, she says, “It is becoming more localized. It has impacted the everyday lives of all citizens but Muslims are bearing the brunt. I know people who are not Muslims.” But there are concerns. Such widespread fear is unprecedented.”

Tanvir Aeijaz, associate professor of political science at Delhi University, told DW the roots of low-intensity communal violence can be traced back to the partition of India in 1947. Aeijaz says, “In India, this low-intensity communal violence has been present since Partition. Muslims in India are living under the guilt of Partition which should not have happened because Muslims living in India had never lived before Partition. Didn’t ask for it. Only a few top-level politicians discussed these.”

“The whole definition of self is largely taking place on ethnic and religious lines and then it’s the question of ‘us’ versus ‘them’. There is a cultural/religious confrontation…There is religious aggressiveness,” Aeijaz said.

Using newly created accounts posting the same text and enhancing specific hashtags, the Twitter network has been able to insert itself into the global conversation around the Israel-Palestinian conflict by artificially advancing anti-Muslim messages in India and beyond. Tried.

As per the Firstdraftnews, between May 12 and May 17, the hashtag appeared in 40,000 tweets and retweets and was posted by 5,958 individual accounts.

Among the major narratives using the hashtag was the idea that Muslims are a threat to Hindu life, and that they are a threat to India’s national security. Human Rights Watch warns that these topics have long been promoted by leaders of India’s ruling Bharatiya Janata Party (BJP) and affiliated groups.

Among the top 100 most-shared tweets in the dataset, 28 posts included references to the Islamophobic conspiracy theory “love jihad,” sexual violence, alleged incidents of communal violence or rejection of Muslim customs.