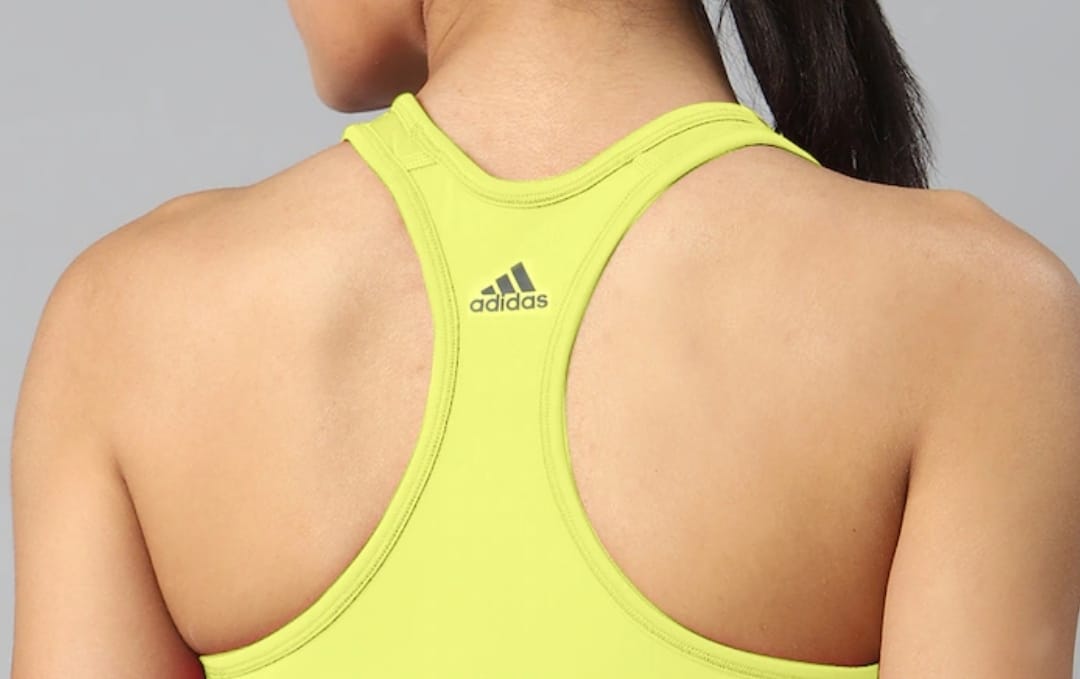 Ground Report | New Delhi: Adidas naked women; Among the objectives of the agendas of the heads of the fashion sector are different goals and purposes. From the responsibility of designing visually aesthetic and harmonious lines that adapt to different audiences, to guaranteeing the comfort and functionality of its consumers to gain reputation, but also to climb positions among allied brands on a daily basis.

The firms that most clearly have this purpose are the sports ones. They seek to combine comfort and design in an ideal combo and deliver pieces to their customers that, beyond making them feel and look good, also protect them against possible injuries in their movements. And if there is a fashion house that has masterfully shown to think about its buyers, this is Adidas, which throughout its history has been evolving its designs to adapt them to the claims and demands of society.

In the image, you can see blurred chest of different sizes and cups that advance a collection available on the web. It is a series of 43 pieces that seek to help people who wish to buy a sports bra in their purchase based on the needs of their bodies. Distinguishing the support that each one requires is essential to guarantee good sports practice and that is why Adidas wanted to raise awareness of the importance of dressing properly when exercising for the health of each person.

The German company marks several battles among its tasks, but equality has always been one of its maxims and this has been demonstrated yesterday by sharing on its Instagram profile one of the images that it has managed to turn viral. In the photograph he published, Adidas battles against Instagram censorship and shows different types of female chest in a collage to present his new collection of sports tops.

However, sportswear giant Adidas is boldly tackling the issue with a campaign for its revamped range of sports bras, starting with a tweet that unabashedly shows off the wide range of shapes and sizes found in chest.

The firm they have stated that more than 90% of women wear the wrong size of sports bra and that this is the reason that has come to launch a collection whose support adapts to different chests, also tested by professional athletes and real women.

The official presentation of these sports tops was yesterday through the publication of this image that battles against the censorship of the female nipple on Instagram and has already accumulated more than 15,000 likes on the social network.

If fashion does not cease to claim the visibility of the female chest, pays homage to it in its latest bets and claims the importance of putting it on stage to achieve equality in the face of images of the female chest, Adidas thus equals its healthy proposal with, also, this visual claim.

NSFW ads in Past

Eckhaus Latta Spring 2017: Interpreting “sex sells” in its most literal way, the founders of Eckhaus Latta asked models to perform the deed on the set of their first major campaign – then pixelated what was needed.

NSFW Advertisements: Adidas is not the only one

The 1995 advertisement showed Milind Soman and Madhu Sapre wearing Tuff shoes. Both models were mostly naked except for a python wrapped around their bodies.

As well as being deemed obscene, it has also left animal rights activists angry. They filed a complaint for illegal use of a python under the Wildlife Conservation Act. However, the models were found not guilty.

Well Ranveer Singh and sexism go hand in hand. In 2016, Danish menswear featured Ranveer in an ad showing the actor carrying a woman on his shoulder, implying that women are just objects and should be treated as “work”.

The Calida Ad underwear brand with Bipasha Basu and Dino Morea shows Dino pulling Bipasha’s underwear off with his teeth. The 1998 announcement was canceled after protests from women’s organizations. A few years later, Bipasha revealed that the images were from intimate moments and were not meant to be photographed or even used.

The topless image was neither glamorous nor sensationalistic, but it was unexpected to say the least.

“What is surprising is that this is a global sportswear brand that is present in countries where the campaign could be seen as crossing the line,” he continued. “It’s a traditional brand that takes a more progressive stance and that might bother some people. We’re changing times with changing standards, and some are going to rock the boat. The question is whether they will fall in the process.”