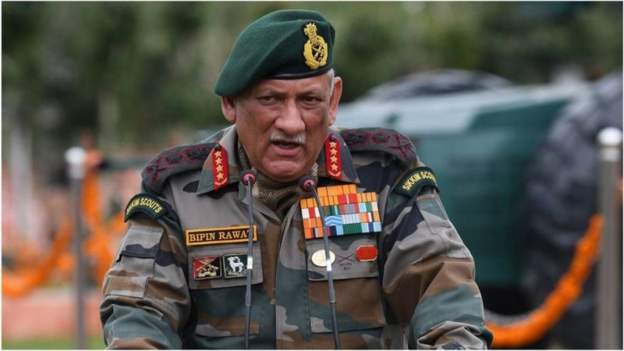 Ground Report | New Delhi: Who will be New CDS of India; The exercise to fill the vacant Chief of Defense Staff after the death of General Bipin Rawat in a helicopter crash on Wednesday has started and Chief of Army Staff General MM Naravane is leading the race.

Who will be New CDS of India

Gen Naravane’s appointment as CDS is more likely to be based on overall performance, including handling of the standoff in Ladakh. In addition, he is also the senior-most among the three army chiefs. Of the three serving Chiefs of Armed Forces, Indian Army Chief General MM Naravane is the senior-most officer in the Army after General Bipin Rawat. General Naravane has tenure as the Indian Army Chief till April 2022.

General Naravane took over as the Indian Army Chief from General Bipin Rawat in December 2019. It also places him at the top of the list of seniority compared to the other two chiefs of the armed forces.

ALSO READ: Which are Major Helicopter Crash in India in past?

Apart from seniority, there is also a border situation with China in favor of General Naravane to be promoted to the rank of CDS. From Ladakh in the western region to Arunachal Pradesh in the eastern region, China is aggressively attempting to unilaterally change the status quo. This situation demands a bigger role of the Indian Army. The government may find itself leaning towards the army chief for the next CDS.