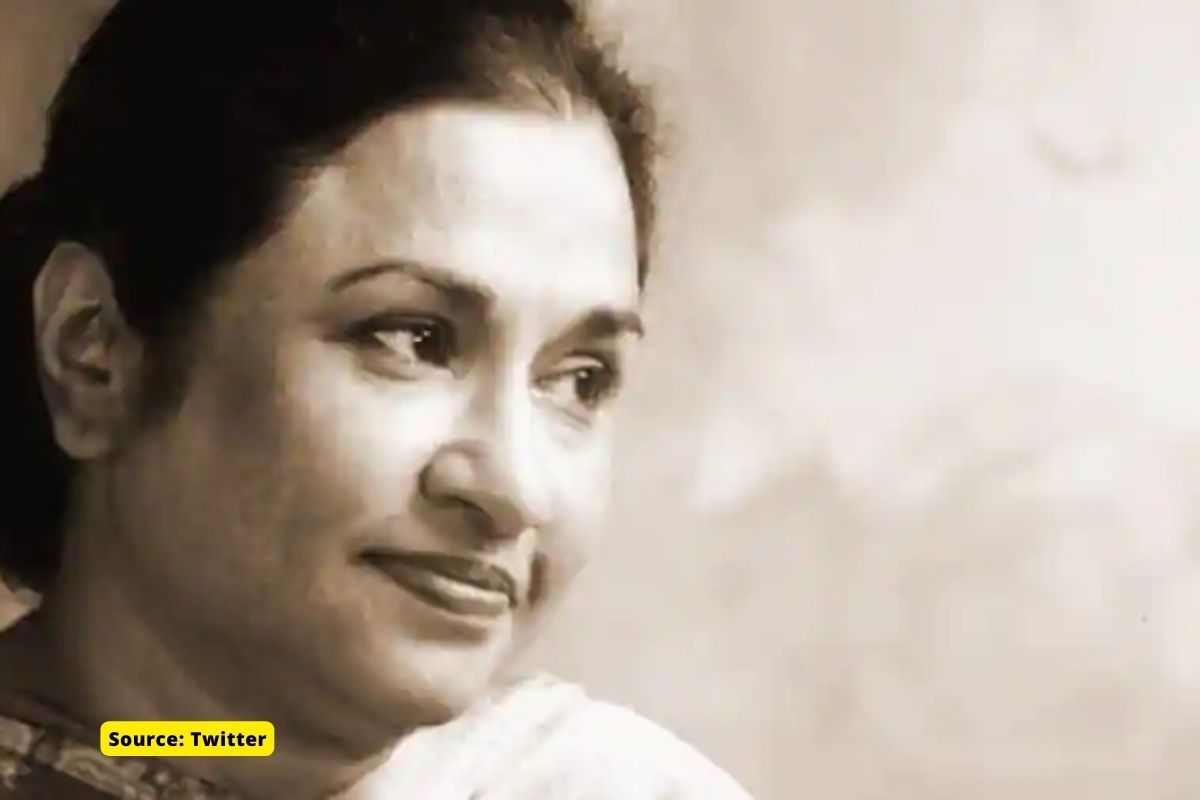 Nayyara Noor, one of Pakistan’s most successful singers, passed away in Karachi on Saturday night after a long battle with cancer. Noor’s nephew, Raza Zaidi, broke this news on his Twitter and left several of the singer’s fans heartbroken.

The tweet read, “It is with heavy heart that I announce the passing of my beloved aunt (tayi) Nayyara Noor. May her soul R.I.P. She was given the title of ‘Bulbul-e-Pakistan’ because of her melodious voice. #NayyaraNoor.”

After the news of the singer’s death was made public, several prominent figures expressed their condolences

India radio artist, Sayema tweeted, ‘May Allah grant her the highest place in Jannat. She has been the voice of so many emotions. Rest in peace legend #NayyaraNoor‘

Pakistani Actor-singer Ali Zafar wrote, “Heart breaking. I remember our last meeting and discussion at her place. She had moved beyond the worldly desires onto a serene and spiritual space with so much wisdom. She was our nightingale. May her soul rest in peace. #NayyaraNoor“

Who was Nayyar Noor?

Nayyar Noor, was born on 3rd November, 1950 in Guwahati, Assam, India. After spending her early childhood in India, her family moved to Karachi in 1958. Her father stayed in Assam until 1993 to care for the family property. Nayyara was reportedly inspired by the bhajans of Kanan Devi and Kamla and the ghazals and thumris of Begum Akhtar as a child.

She is considered to be one of the finest playback singer subcontinent has produced. Hence, she was known as ‘Bulbul-e-Pakistan’. Interestingly, Nayyara had no formal musical training or education. Professor Asrar Ahmad of the Islamic Institute of Lahore trained her after discovering her singing talent at Lahore National Academy of Arts (NCA in 1968. Soon after, she was invited to perform on the university’s Pakistani radio show.

1971 was Nayyara’s debut as a singer on Pakistani television. In addition to singing, she later acted in Gharana (1973). She performed ghazals by notable poets like Mirza Ghalib and Faiz Ahmed Faiz, alongside such giants as Mehdi Hassan and Ahmed Rushdi.

She received awards like Pride of Performance, Nigar award, and three gold medal at the annual All Pakistan Music Conference concerts, for her unparalleled contribution to the music. She retired from singing in 2012.

Noor was married to renowned actor Shahryar Zaidi, and her singing legacy is carried by her two talented sons, Naad-e-Ali, and Jaffer Zaidi.

Some of her songs

We hope, you enjoy Groundreport curated songs of Nayyara Noor. In case of Nayyara Noor, it is never too late to discover exceptional artistic talent. Even, when her brilliance isn’t with us anymore, definitely her art lives on.

What is social impact of extreme events caused by climate change?