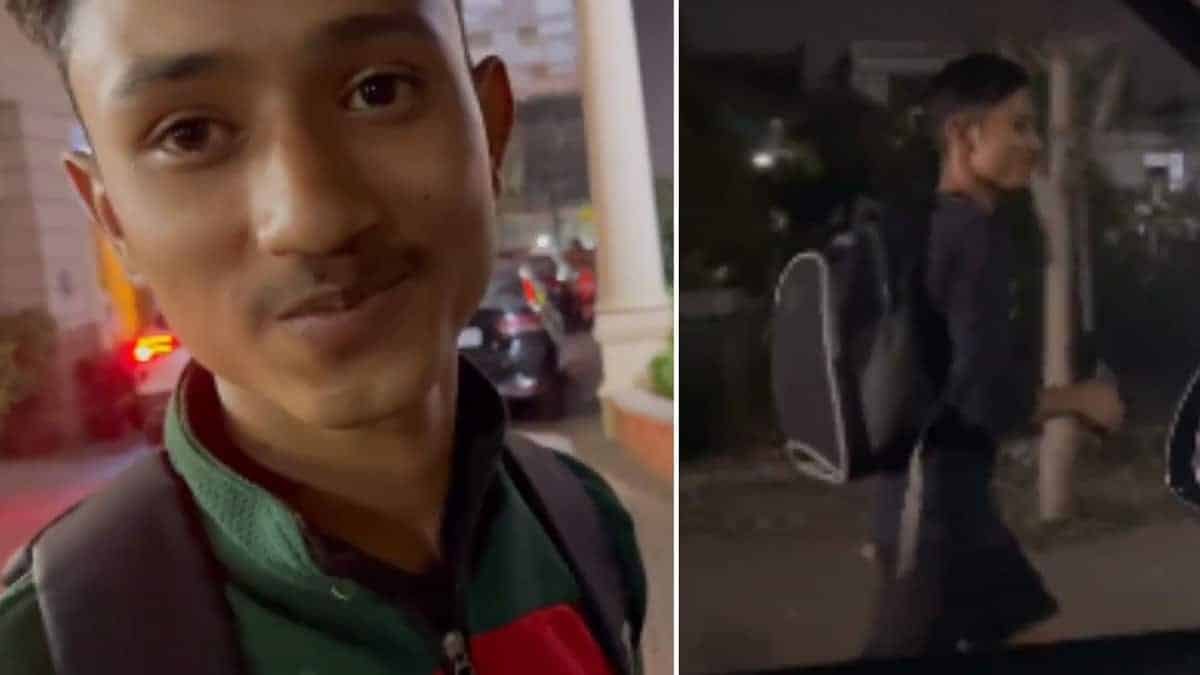 Ground Report | New Delhi: Who is Pradeep Mehra viral on Twitter; The video of a 19-year-old boy running down the roads of Noida at midnight is going viral on the internet. National Film Award-winning filmmaker Vinod Kapri shared the video on Twitter, calling it “PURE GOLD.”

Filmmaker Vinod Kapri recently shared a heartwarming video of a 19-year-old on Twitter that garnered millions of views and reactions from netizens.

The viral clip shows Vinod having a casual yet inspiring conversation with the boy who was seen speeding down a Noida road at midnight. When he is asked why he is running at such a strange time, the boy replies that he has an assignment early in the morning and doesn’t have time to practice. The young man, Pradeep Mehra, rejects Vinod’s offer to take him home, saying that he wants to join the army and that is why he prefers to run.

Running sensation Pradeep Mehra hails from Uttarakhand and wants to join the army and practice running for 10 km from his workplace after finishing his shift at a food chain. Filmmaker Vinod Kapri captioned this video “PURE GOLD” and shared a 2:20 minute clip.

Pradeep is originally from Uttarakhand and lives in Barola of Noida with his brother. He runs a 10 km run every day from his work in Noida Sector 16 to his home. When Kapri saw the boy running in the dead of night, she offered to take him to his house, but the boy politely declined. “No thanks, I’ll run and go home,” Pradeep said smiling.

When asked why he was running, the boy said, “I always run back home” after his shift at McDonald’s, Sector 16. He again declined the offer to take a ride in the car, saying he wouldn’t have time to do so. . execute otherwise.

Impressed with Mehra’s determination, Kapri, who was riding in his car with the young runner, told him that the video of their interaction would go viral. “Who is going to recognize me?” Mehra laughed in response, adding that “if it goes viral, that’s fine, it’s not like I’m doing anything wrong.”

In his last attempt to offer a ride, Kapri offered the runner dinner with him. The determined young man again refused the filmmaker’s help, saying, “No, but my older brother will be hungry then, since he worked the night shift and can’t cook for himself right now.”

Calling Mehra “amazing,” Kapri wished the youngster all the best and ended the clip. In more than three hours of being posted, the video has been viewed more than 1 million times on Twitter and has been retweeted more than 33,000 times.