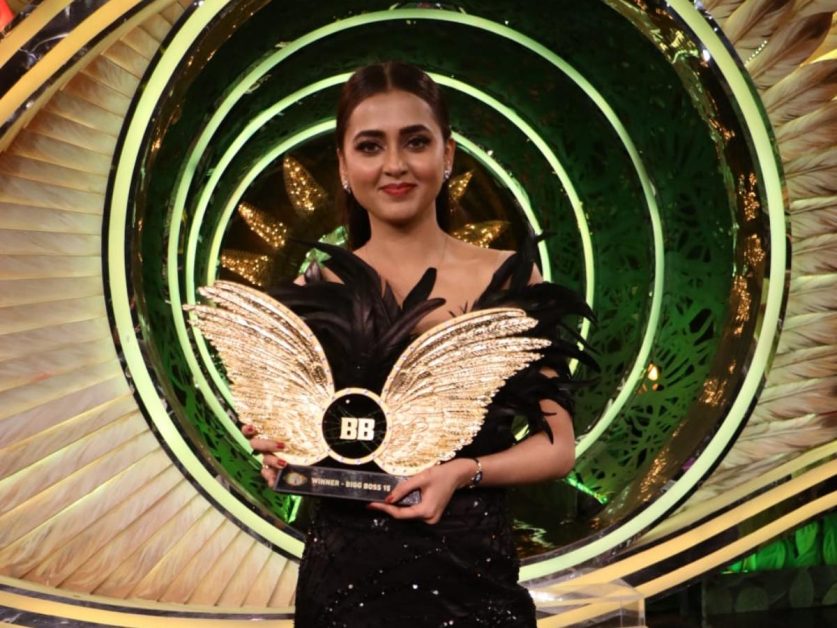 Ground Report | New Delhi: Who is Tejasswi Prakash; TV actress Tejasswi Prakash won the title for the 15th season of the reality show Bigg Boss. Prateek Sahajpal came in second place. The show’s host Salman Khan announced the name of the winner. Tejashwi received prize money of 40 lakhs along with the winning trophy.

In the Bigg Boss season 15 finale, Tejasswi Prakash, Prateek Sahajpal along with Karan Kundrra, Shamita Shetty and Nishant Bhatt were vying for the title. Karan Kundra was at number three. Like every time, this time also the 5 best contestants had the option to leave-taking the prize money. Nishant Bhatt chose this option.

Before this season of Bigg Boss which was shown on the Colors TV channel, a Bigg Boss OTT reality show was also shown on the Voot app. Three of the top 5 on the show Shamita, Prateek and Nishant have also participated in Bigg Boss OTT. The three’s friendship has been talked about a lot this season.

Who is Tejasswi Prakash?

Tejasswi Prakash lived in Bigg Boss’s house for about 4 months. In these 4 months, she sometimes had a good friendship with the rest of the members of the house and sometimes there was a lot of breakups.

Born and raised in Mumbai, Tejasswi Prakash graduated with an Engineering degree. The 29-year-old actress and model are known to her fans for her role as Urvi in the series ‘Karn Sangini’, which aired on ‘Star Plus’ in 2018.

Apart from this, she also received a lot of notices for ‘Khatron Ke Khiladi’ season 10. She worked on many more series. She gained the most fame from the reality shows ‘Khatron Ke Khiladi’ and Big Boss. Very few people know that Tejashwi’s father, Prakash Wayangankar, is a singer who lives in Dubai.

Tejasswi Prakash is a successful actress in the television industry. She is known for playing Ragini Maheshwari in Swaragini-Jodein Rishton Ke Sur (201516). Tejasswi started her acting career in 2012, with Life OK’s 2012. In 2013, she played Dhara in Sanskaar-Dharohar Apnon Ki. In 2017, the actress played Diya Singh in Sony TV’s Pehredaar Piya Ki alongside Affan Khan. After she finished Pehredaar Piya Ki, Prakash was re-elected as Diya Singh in Rishta Likhenge Hum Naya alongside Rohit Suchanti. In 2018, Tejasswi played the role of Uruvi in Star Plus’s Karn Sangini alongside Aashim Gulati.