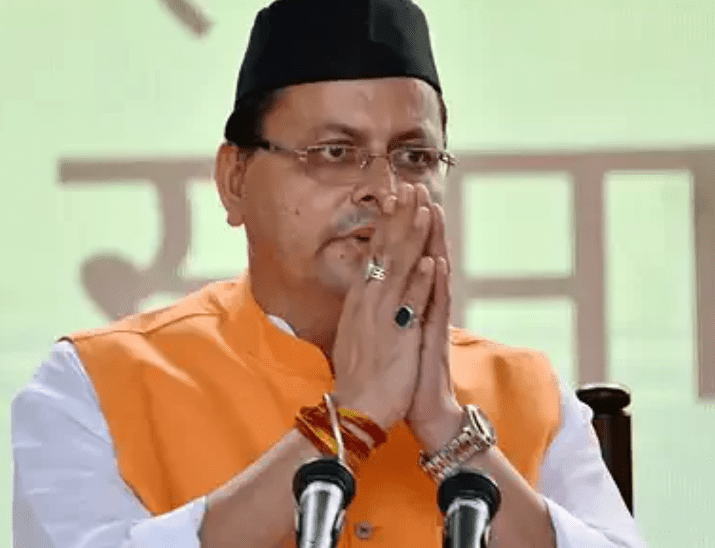 Ground Report | New Delhi: Uttarakhand CM; Pushkar Singh Dhami will remain Chief Minister of Uttarakhand. The decision was announced after a meeting of the BJP legislative party on Monday. The central observers from the BJP in the state, Union Minister Rajnath Singh and senior leader Meenakshi Lekhi attended the meeting at the state party headquarters in Dehradun.

The BJP burst into power in the state for a record-breaking second consecutive term under Dhami. The party won an unprecedented victory, taking 47 out of 70 seats in the assembly and relegating Congress to a distant second with just 17 seats.

However, Dhami himself lost the election, sparking speculation about his future. At the last meeting, the BJP had three chief ministers. Dhami, who served as Chief Minister for about 8 months, was appointed to replace Tirat Singh Rawat in July 2021.

Newly elected MLAs from Uttarakhand were sworn in here on Monday as members of the state assembly. The state assembly elections were held on February 14 and the results were announced on March 10. Protem Chairman Banshidhar Bhagat swore in all 70 members of the House, including several newcomers such as Mohan Singh Bisht, Savita Kapoor and independent MLA from Khanpur. Umesh Kumar.

While Bisht, who ran in the assembly polls on a BJP ticket, defeated Congress veteran Harish Rawat of Lalkuwa, Savita Kapoor defeated Congress Suryakant Dhasmana in the Dehradun Cantt seat. BJP won 47 seats in the polls, Congress 19 and BSP and Independents each won two seats.

Pushkar Singh Dhami, the new Chief Minister of Uttarakhand, is a two-time MLA from Khatima seat of Udham Singh Nagar district of Uttarakhand.